The Danish Maritime Agency announced the possibility of resuming work on the construction of Nord Stream 2 from January 15, 2021. 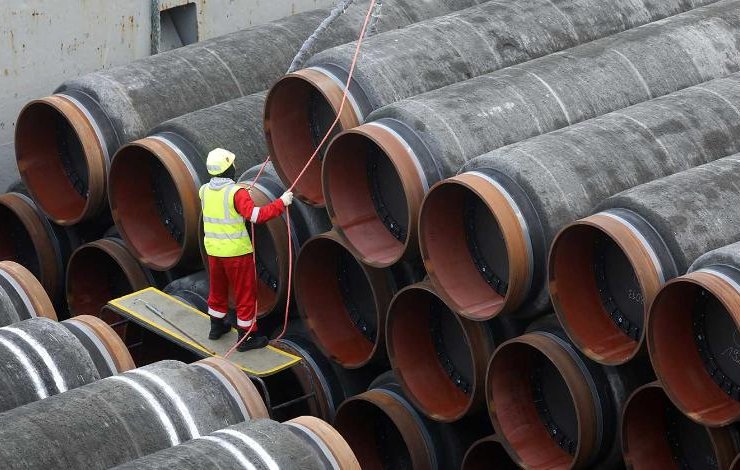 The pipe-laying vessel under the Russian flag Fortuna may begin laying Nord Stream 2 in the Danish Exclusive Economic Zone from January 15, 2021, the Danish Maritime Agency and the project company Nord Stream 2 AG reported on Wednesday.

We are talking about laying two lines of the pipeline from a point opposite the southern tip of Bornholm Island to the border of the Danish and German exclusive economic zones.

In addition to "Fortune " construction ships "Baltic Researcher " and "Murman ", as well as other supply vessels will be involved in the work.

During the operation of the Fortuna pipelayer, a temporary forbidden zone with a radius of 1.5 miles (2.8 km) is created around it, and when the vessels "Baltic Researcher " and "Murman " are operating - 500 m - when they give a signal "limited maneuverability".

Unauthorized navigation, diving, anchoring, fishing and seabed operations will be prohibited in this area.

The construction of the Nord Stream 2 gas pipeline by European construction companies was suspended a year ago after the adoption of the US military budget for the next year, in which lawmakers banned contractors from providing services for laying the sea pipeline.

After that, the Russian side began to complete the construction of the gas pipeline on its own. Two weeks ago, the pipelayer "Fortuna " began the completion of the 2.6 km section of the highway in the exclusive economic zone of Germany.

Nord Stream is an international consortium of five large European energy companies, created in 2005 to design, build and operate a gas pipeline consisting of two lines, 1224 km long each, along the bottom of the Baltic Sea. The shareholders of Nord Stream AG are Gazprom, Wintershall Dea GmbH, PEG Infrastruktur AG (E.ON), N.V. Nederlandse Gasunie and Engie. The design capacity of the pipeline is 55 billion cubic meters. meters of gas per year. Two strings of the gas pipeline started working alternately in 2011 and 2012.

Recommended:
2021 will be the year of rapid development of private astronautics
The protest action of the workers of the VostGOK uranium mining mines will continue around the clock
Russian machine builders asked Vladimir Putin to influence metallurgists
On this topic
Construction of "Nord Stream-2 " resumed
Akademik Chersky arrives at the Nord Stream 2 pipe-laying site
Nord Stream 2 will complete construction of the Russian ship Akademik Chersky - German regulator
Denmark gave Nord Stream 2 the green light to continue laying pipe
The Swiss-Dutch company Allseas stopped the construction of the "Nord stream-2"
Denmark gave the green light to Nord stream-2
Add a comment
Сomments (0)
News Analytics
Interpipe Steel: green metallurgy in Ukraine turns 9 years old18-01-2021, 15:28
Ukrmetallurgprom clarifies data on iron and steel smelting in Ukraine for 202018-01-2021, 12:50
At least 12 living miners remain under the rubble of a mine blown up on January18-01-2021, 11:47
In the Republic of Tuva, a citizen of China died as a result of a collapse in a17-01-2021, 11:44
Lenovo remains the global leader in personal computer shipments in 202017-01-2021, 08:19
China will overtake the United States to become the world's largest economy in27-12-2020, 12:04
The shortage in the US steel market will last at least until the end of the25-12-2020, 11:36
Steel production in China to surpass one billion tons this year23-12-2020, 10:59
Iron ore prices hit seven-year high and continue to rise15-12-2020, 10:26
Prices for metallurgical raw materials continue to rise in regional markets10-12-2020, 11:32
Sign in with: