Russia has expanded sanctions against Germany 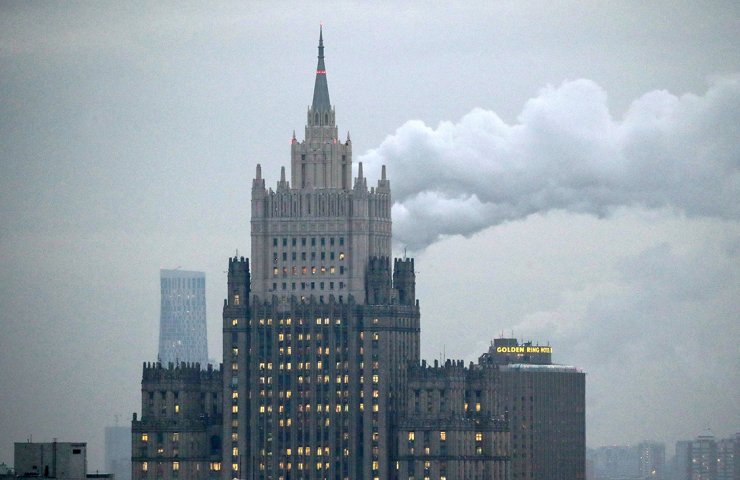 In response to the destructive actions on the part of the EU, Moscow has made a decision to expand the reciprocal list of German citizens who are prohibited from entering the territory of the Russian Federation, the Russian Foreign Ministry said in a statement.

New sanctions are being introduced in response to EU sanctions against Russians accused of organizing a cyber attack on the German parliament in 2015. The Foreign Ministry noted that these restrictions were introduced “in accordance with the diplomatic principle of reciprocity.”

"The top officials of the German security and intelligence agencies, which are part of the system of the German Ministry of Defense, have been elected as the new persons involved in the Russian stop-list," the diplomatic department clarified, but did not provide a list of names. They added that Russia reserves the right to further sanctions against German officials "if the FRG authorities continue the confrontational line."

In May and October, the European Union imposed sanctions on a total of three Russian citizens, one of whom is Igor Kostyukov, head of the Main Directorate of the General Staff (GU GSh, former GRU). He has been on the sanctions lists of Brussels since 2018. Citizens of the Russian Federation were accused of involvement in a cyberattack on the Bundestag in 2015, according to the official journal of the European Union. The British Foreign Office also announced the imposition of sanctions on two "GRU officers", but did not reveal their names.

Recommended:
Ferrexpo raises pellet production by 7% in January
Geoinform of Ukraine recalculated the coordinates of special permits in the WGS-84 system
Chinese researchers develop soft robot for deep sea exploration
On this topic
Russia imposed retaliatory sanctions against German leadership in Navalny case - Lavrov
German politicians increased pressure on Merkel demanding sanctions against the Nord Stream 2 gas
The world trade organization has ruled against Russia in favor of Ukraine
The US state Department gave the contractors the "Nord stream — 2" a month to stop work
Is the German auto industry preparing for a collapse?
The European Union finally made changes to the Gas Directive of the Third Energy Package
Add a comment
Сomments (0)
News Analytics
US Senate Adopts $ 1.9 Trillion Stimulus Package06-03-2021, 23:54
Tibet invests about $ 30 billion in infrastructure projects in 5 years06-03-2021, 14:39
Siemens Energy promised Deutsche Welle to closely monitor democracy in Belarus06-03-2021, 10:32
US and EU suspend the collection of duties that were imposed against each other05-03-2021, 22:48
Turboatom and Electrotyazhmash discussed prospects for cooperation under05-03-2021, 19:04
Spread between raw materials and high strength alloy steel in Europe increased01-03-2021, 20:21
Increase in prices is forecasted in the markets of steel raw materials -26-02-2021, 09:25
Troy ounce of gold will drop $ 500 in two years - Fitch25-02-2021, 18:29
Global iron ore production growth to outstrip cumulative production in India23-02-2021, 10:22
Fitch Ratings Warns of “Shocking Impact” on Fossil Fuel Exporters18-02-2021, 14:44
Sign in with: