Shipments rose sharply with the onset of cold weather. 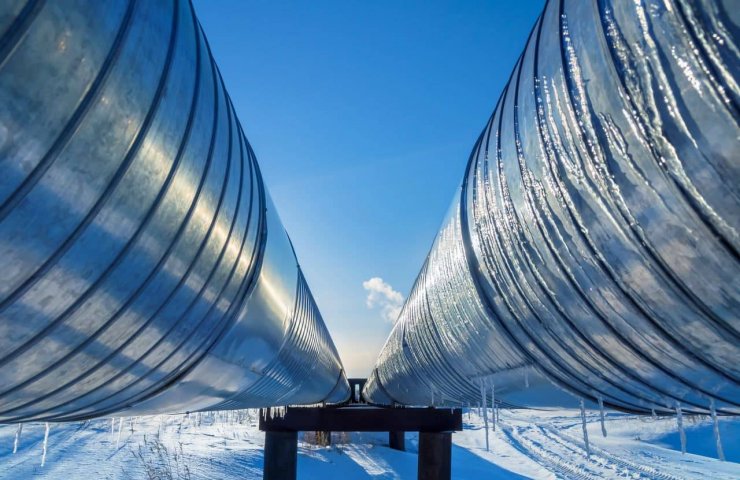 The supply of natural gas from Russia to China via the Power of Siberia 1 (PoS 1) pipeline has increased sharply, as a result of which the volume of gas supplies under contracts through pipelines has doubled to 10 billion m³ /year (27.4 million m³ /day ).

According to the state operator PipeChina, PoS supplies as of January 3 amounted to 28.8 million m³ /day, with additional volumes going to the Beijing-Tianjin-Hebei region.

Supplies have more than doubled from 11.2 million m³ /day in November. China began importing Russian gas through PoS in December 2019 with contract volumes of 5 bcm /yr for the first year. It is planned that this month supplies will grow to 10 billion cubic meters per year, and from 2025 will increase to 38 billion cubic meters per year over 20 years.

China's Meteorological Office predicts that from today another cold snap will hit the northern, central and eastern regions of the country, immediately after the cold snap that began on December 29. Temperatures in these regions are predicted to drop by 10 ° C.

Recommended:
Iran detains Korean tanker carrying 7,200 tons of ethyl alcohol
Airbus aircraft sales exceed analysts' wildest forecasts for 2020
Auto giants FAW and Audi launch joint EV project in China
On this topic
Gazprom starts gas supplies to Serbia and Bosnia via the Turkish Stream pipeline
Russian oil is cheaper today than during the collapse of the USSR
Pipes to dig up, no one will – the operator of Ukraine's GTS on the reduction of gas transit
The transit of Russian gas through Ukraine will continue on terms acceptable to all parties –
World steel production in November decreased by the percentage
New Russian steel for oil pipelines prevents leaks
Add a comment
Сomments (0)
News Analytics
YUZHMASH expects the adoption of the new space program of Ukraine in the near22-01-2021, 15:18
Eleven miners still await rescue from exploded gold mine in China22-01-2021, 12:34
Rivne NPP shut down power unit No. 122-01-2021, 12:13
Russia will start producing "green" hydrogen22-01-2021, 10:47
High-speed railway launched in China Beijing-Harbin highway22-01-2021, 10:22
China will overtake the United States to become the world's largest economy in27-12-2020, 12:04
The shortage in the US steel market will last at least until the end of the25-12-2020, 11:36
Steel production in China to surpass one billion tons this year23-12-2020, 10:59
Iron ore prices hit seven-year high and continue to rise15-12-2020, 10:26
Prices for metallurgical raw materials continue to rise in regional markets10-12-2020, 11:32
Sign in with: