The decline in the Russian automotive market last year exceeded 9%, according to the AEB. The Association predicts 2.1% growth for 2021, but the forecast is based on the absence of new lockdowns and restrictive measures, and experts disagree. 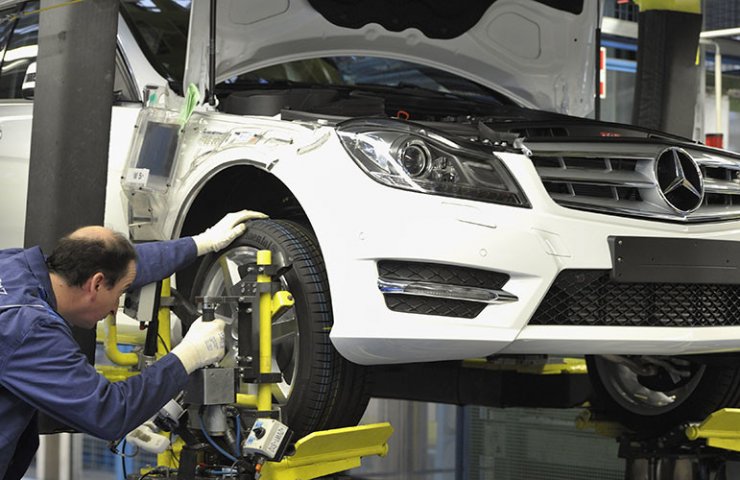 In 2021, the growth of the Russian car market will amount to 2.1%, the forecast for sales is more than 1.6 million cars, the chairman of the committee of automakers Thomas Stärzel said at the annual conference of the Association of European Businesses (AEB). According to him, the forecast is based on the fact that there will be no more lockdowns in the country, restrictive measures in foreign trade (in particular sanctions) will not be applied and all existing state support measures will be preserved.

In 2020, the market decreased by 9.1%, to 1,598,825 pieces, according to the AEB, and in 2019 - by 2.3%. The year was a serious test, but dealers did without major bankruptcies and mass exits from the market, said Stärzel, Russia was one of the first to respond to the crisis and took state support measures that contributed to a quick recovery after the lockdown. Despite all the difficulties, in terms of sales dynamics in 2020, Russia showed one of the best results among the largest automotive markets in the world, and in Europe it moved into fourth place, Stärzel said.

In 2021, the Russian automotive market will grow to 2-5%, according to VTB Capital analyst Vladimir Bespalov. The base of 2020 is relatively low, it is likely that the coronavirus pandemic will recede and the economic situation in Russia will stabilize, which will drive demand for new cars, he hopes. Bespalov believes that the demand will be supported by the state support programs for car manufacturers. All previous state support programs have worked well, he explains.

At the end of last year, the government extended the program of concessional loans "First Car" and "Family Car" until the end of 2023. The discount for obtaining a loan for a new car made in Russia ranges from 10% to 25% of its cost. In December, Deputy Minister of Industry and Trade Alexander Morozov announced that state programs for concessional lending would begin to work in early 2021. The Ministry of Industry and Trade confirmed to Forbes that the state program has started working.

Recommended:
Oil giant Shell goes into hydrogen and biofuels, abandoning oil
Chip shortage plunges Japanese car production by 10%
Interpipe NTRP allocated 84 million hryvnia for the implementation of environmental projects
On this topic
Russia has increased the production of agricultural machinery in 2020 by 30%
Severstal expects rapid recovery of the steel market after the pandemic
Hyundai predicts a decrease of the car market in Russia by 20-25% in 2020
The group "AVTOVAZ" reduced sales of cars three times compared to last year
Failure rate: why import substitution failed to meet expectations
In the Russian automobile industry started talking about depression on the market
Add a comment
Сomments (0)
News Analytics
Georgia's economy shrinks by 11.5% in January26-02-2021, 21:21
Ukraine retained its position in the world ranking of steel producers and rose26-02-2021, 15:52
ArcelorMittal has raised prices for galvanizing for the European market to 90026-02-2021, 13:23
The European Commission initiated a new investigation on steel imports to26-02-2021, 13:22
A rally of workers of the stopped shipyard was held in Mariupol26-02-2021, 12:34
Increase in prices is forecasted in the markets of steel raw materials -26-02-2021, 09:25
Troy ounce of gold will drop $ 500 in two years - Fitch25-02-2021, 18:29
Global iron ore production growth to outstrip cumulative production in India23-02-2021, 10:22
Fitch Ratings Warns of “Shocking Impact” on Fossil Fuel Exporters18-02-2021, 14:44
Raw material prices rise by about 10.5% in January 2021 - Deutsche Industriebank12-02-2021, 10:48
Sign in with: