After commissioning in 2025, the pipeline's throughput capacity will be 50 million cubic meters per day. 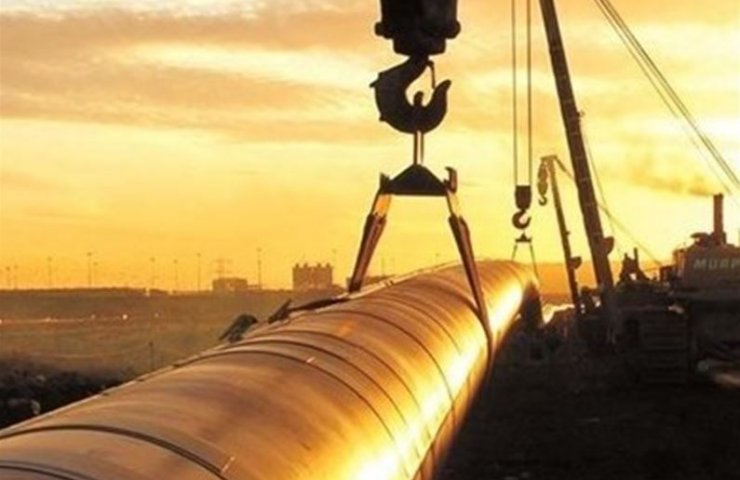 Full-scale construction work has begun on the southern section of the eastern route of the China-Russia gas pipeline. The new site will integrate Shanghai, China's economic hub, into this major clean energy project.

According to the China Oil & Gas Piping Network Corporation, the southern section is being laid through Hebei, Shandong, Jiangsu and Shanghai. After commissioning in 2025, the pipeline's throughput capacity will be 50 million cubic meters per day.

The northern and central sections of the gas pipeline in China were commissioned in 2019 and 2020, respectively.

Crossing the Russian-Chinese border in the city of Heihe and further passing through nine administrative units of the PRC at the provincial level, natural gas is transported through the pipeline to regions such as Beijing, Tianjin and Heilongjiang province.

It was previously reported that the supply of natural gas from Russia to China via the Power of Siberia 1 (PoS 1) pipeline increased sharply , as a result of which the volume of gas supplies under contracts through pipelines doubled to 10 billion m3 /year (27.4 million m3 /day ).

According to the state operator PipeChina, PoS supplies as of January 3 amounted to 28.8 million m³ /day, with additional volumes going to the Beijing-Tianjin-Hebei region.

Recommended:
Mariupol commercial port showed a rare video of the snow-covered Azov sea
Dneprotyazhmash in 2020 expects a fall in sales of mining and metallurgical products by approximately 14%
Over the year, the Ukrainian market of new passenger cars decreased by only three percent
On this topic
Russia doubles contractual gas supplies via pipelines to China
Gazprom starts gas supplies to Serbia and Bosnia via the Turkish Stream pipeline
Construction of "Nord Stream-2 " resumed
Akademik Chersky arrives at the Nord Stream 2 pipe-laying site
China has commissioned a second aircraft carrier and is preparing to launch the third
In China said about the futility of wind power
Add a comment
Сomments (0)
News Analytics
YUZHMASH expects the adoption of the new space program of Ukraine in the near22-01-2021, 15:18
Eleven miners still await rescue from exploded gold mine in China22-01-2021, 12:34
Rivne NPP shut down power unit No. 122-01-2021, 12:13
Russia will start producing "green" hydrogen22-01-2021, 10:47
High-speed railway launched in China Beijing-Harbin highway22-01-2021, 10:22
China will overtake the United States to become the world's largest economy in27-12-2020, 12:04
The shortage in the US steel market will last at least until the end of the25-12-2020, 11:36
Steel production in China to surpass one billion tons this year23-12-2020, 10:59
Iron ore prices hit seven-year high and continue to rise15-12-2020, 10:26
Prices for metallurgical raw materials continue to rise in regional markets10-12-2020, 11:32
Sign in with: