The German Federal Office for Shipping and Hydrography issued a permit for the construction of the Nord Stream 2 gas pipeline in German waters in January-May. 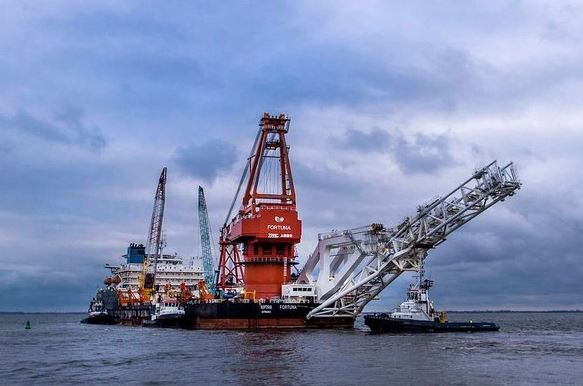 The German Federal Office for Shipping and Hydrography (BSH) has issued a permit for the construction of the Nord Stream 2 pipeline in German waters until the end of May. This was announced in a statement released on Friday by the regulator.

Nord Stream 2 AG can start work immediately. As noted, we are talking about works on laying pipes in the German exclusive economic zone, the total length of the section is about 30 km.

Earlier today, the German edition of Handelsblatt, citing a representative of the project operator, said that Nord Stream 2 AG decided to postpone the start of work on the completion of the Nord Stream 2 gas pipeline in Denmark due to the need for technical equipment of the pipe layers.

According to a representative of the operator, checking the technical equipment will take at least several days. “Therefore, we cannot name the exact date of the resumption of laying ... We will probably not be able to more accurately estimate when we will start laying pipes: until the end of January or the beginning of February,” he specified.

A day earlier, on January 14, the press service of Nord Stream 2 AG confirmed the resumption of the gas pipeline construction from January 15. The local regulator gave permission to work in the territorial waters of Denmark. The matter concerns the laying of the last two strings of the gas pipeline with a length of 50 km.