Novolipetsk Iron and Steel Works filed a lawsuit against the U.S. Steel worth $ 100 million

According to the Russian company, U. S. Steel has knowingly provided false information to the US Department of Commerce in order to undermine the competitiveness of NLMK's US division. 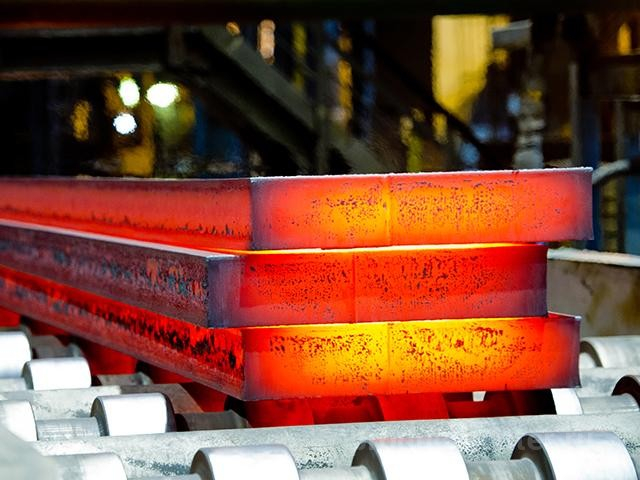 The American division of the Russian Novolipetsk Metallurgical Plant (NLMK), owned by businessman Vladimir Lisin, has filed a $ 100 million lawsuit against one of the largest steel producers in the United States - the U.S. Steel.

“NLMK USA's lawsuit notes that these statements were false, and that U. S. Steel could not or did not plan to provide NLMK USA with slabs of the appropriate technical characteristics and in the required amount,” NLMK said.

According to the Russian company, U. S. Steel provided the department with false information in order to undermine the competitiveness of NLMK's US division.

"The company is claiming more than $ 100 million in compensation for damages caused by the actions of U. S. Steel, as well as fines for fraud," NLMK explained the size of the claim.

Prior to this, the Russian company tried to challenge in court the very decision of the US Department of Transportation in a $ 170 million lawsuit, but in November 2020, NLMK entered into a settlement agreement with the department. The US Department of Commerce did not admit the illegality of its actions, but agreed to reimburse the American structures of the Russian company for a significant part of the tariffs paid. The amount of compensation was not publicly announced.

The reason for the conflict between the American Ministry of Trade and NLMK was the decree of the former US President Donald Trump of April 2017. "Buy American, Hire Americans." He obliged government agencies to increase purchases of products manufactured on American soil. But if a semi-finished product for a product is not made in the USA, it is not considered American; the slabs around which there was a dispute were just such a semi-finished product.

Pursuant to Section 232 of the US Trade Expansion Act, the US imposed import duties on steel (25%) and aluminum (10%) in March 2018. They apply to all countries, with the exception of Australia and Argentina, Brazil and South Korea were exempted only from duties on steel, since May 2019, duties have been canceled for Canada and Mexico.

They also affected the slabs that the American divisions of NLMK (NLMK Pennsylvania and NLMK Indiana) received from the head, Lipetsk site. NLMK, among other Russian enterprises, applied to the US Department of Commerce to exclude its products - slabs - from the US import duties, but was refused in April 2019.

The American division of Russian NLMK is represented by NLMK Pennsylvania and NLMK Indiana. The lawsuit was filed in the Pennsylvania Court of General Jurisdiction.