The US State Department did not propose new sanctions against European companies involved in the construction of Nord Stream 2. The agency did not dare to challenge Germany, one of the key US allies. 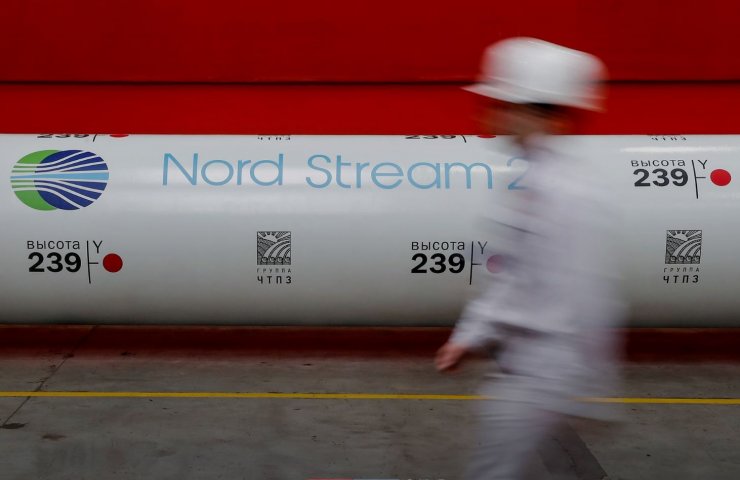 In a report to the US Congress, the US State Department proposed to impose sanctions against two participants in the construction of the Nord Stream 2 gas pipeline - the Fortuna vessel and the KBT-Rus company that owns it, reports Bloomberg. Critics of the report noted that the ship and the company are already under sanctions imposed by the administration of the previous US President Donald Trump, the agency writes.

"To put it simply, the sanctions proposed today are completely inadequate," said Republican Rep. Michael McCall, a member of the House Foreign Relations Committee. “Completion of this pipeline would be nothing more than a victory for Russian President Vladimir Putin,” he said.

As noted by Bloomberg, the State Department will not impose sanctions against German and other European companies involved in the construction of the pipeline. This decision reflects the intention of Secretary of State Anthony Blinken "not to challenge" Germany - one of the "key allies" of the United States, the agency writes. According to him, the report also listed organizations that are scaling back their participation in the Russian project and exempted from US sanctions.

The pipeline is more than 90% complete, and Russia's state-owned energy company Gazprom and its western partners hope to complete construction this year. Most of the remaining work is difficult in the deep waters off the coast of Denmark.

According to White House spokesman Jen Psaki, President Joe Biden believes the pipeline is a "bad deal" for Europe. But Biden also wants to renew relations with Europe early in his presidency and is under pressure from Germany, which needs Russian gas as it divested of nuclear and coal power plants.

Germany began negotiations with the United States on the possibility of completing Nord Stream 2 immediately after Joe Biden's election as President of the United States. The subject of the talks was the condition of the American administration on the possibility of stopping gas transit across the Baltic Sea if Russia stops gas transit through Ukraine.

Recommended:
China's non-ferrous metallurgy sector reports steady production growth
Tesla buys $ 1.5 billion of bitcoins, pushing the price of cryptocurrency to $ 44,000
Worldwide steel market has gone crazy - President of the Polish Stainless Steel Association
On this topic
Trump vetoed US defense budget with sanctions against Nord Stream 2
Construction of "Nord Stream-2 " resumed
Akademik Chersky arrives at the Nord Stream 2 pipe-laying site
All vessels involved in the construction of Nord Stream-2 returned to the port of Kaliningrad
US to impose sanctions against Nord Stream 2 by the end of the year
US senators warned the company Allseas about the "fatal legal and economic sanctions"
Add a comment
Сomments (0)
News Analytics
Alisher Usmanov's USM Group will invest 40 billion rubles in a new HBI plant28-02-2021, 17:49
Emirates Steel to start production of hot rolled steel coils28-02-2021, 16:10
The Enhanced Partnership Agreement between the EU and Armenia comes into force28-02-2021, 14:45
Germany's second largest private bank closes branches in 15 countries28-02-2021, 13:33
Turkey is developing a hybrid rocket to fly to the moon for the 100th28-02-2021, 13:44
Increase in prices is forecasted in the markets of steel raw materials -26-02-2021, 09:25
Troy ounce of gold will drop $ 500 in two years - Fitch25-02-2021, 18:29
Global iron ore production growth to outstrip cumulative production in India23-02-2021, 10:22
Fitch Ratings Warns of “Shocking Impact” on Fossil Fuel Exporters18-02-2021, 14:44
Raw material prices rise by about 10.5% in January 2021 - Deutsche Industriebank12-02-2021, 10:48
Sign in with: