Thus, the Ukrainian businessman won a long-term legal battle against a Russian company. 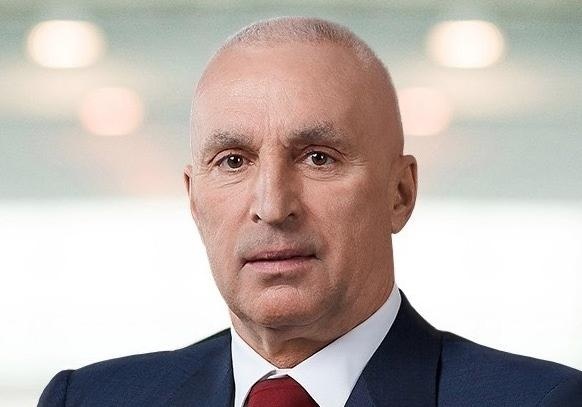 The High Court of England and Wales dismissed the claim of the Russian company PJSC Tatneft against the owner and president of DCH Alexander Yaroslavsky. This is stated in the published court decision.

The judge agreed with the arguments of Yaroslavsky's defense and ruled against PJSC TATNEFT on the grounds that PJSC TATNEFT was unable to present reasonable claims, as well as in connection with the violation of the time limit for filing a claim.

In 2016, Tatneft initiated legal proceedings in England with a number of Ukrainian businessmen, including Alexander Yaroslavsky. The lawsuit filed with the High Court of England and Wales stated that in 2009 Ukrainian businessmen fraudulently embezzled funds owed to Tatneft for oil supplied to the Kremenchug refinery (KNPZ, JSC Ukrtatnafta).

In addition to Yaroslavsky, Gennady Bogolyubov, Igor Kolomoisky and Pavel Ovcharenko were involved in the case.

Ukrtatnafta was established in 1994 on the basis of the Kremenchug Oil Refinery by decrees of the Presidents of Ukraine and Tatarstan.

Recommended:
Ukrposhta carried out the largest purchase of cars in the Ukrainian market
IMF Raises Global Growth Forecast To 5.5% Amid High Uncertainty
DMZ increased its rolled products output by 16% in March
On this topic
Ukrainian buyers of Chinese steel won arbitration in Suzhou and thank the court for impartiality
Novolipetsk Iron and Steel Works filed a lawsuit against the U.S. Steel worth $ 100 million
Kolomoisky's plant in the USA mines cryptocurrency instead of producing ferroalloys
Yuzhmash told whether it is possible to launch reusable rockets from the Black Sea
Oleksandr Yaroslavsky, intends to invest in Ukrainian roads $ 300 million
A new lawsuit for "Gazprom": what does "Naftogaz" in the Stockholm arbitration?
Add a comment
Сomments (0)
News Analytics
Iran is satisfied with the reaction of the world community to 60% enrichment of18-04-2021, 13:24
Gas prices in Ukraine have reached a record value over the past two years -16-04-2021, 17:24
Ukrmetallurgprom asks the Antimonopoly Committee to allow Metinvest to bid for16-04-2021, 17:23
A fatal accident occurred on the territory of the Dnieper Metallurgical Plant16-04-2021, 13:01
Cars built for Euro 2012 will be repaired at the Kryukov Carriage Works16-04-2021, 12:46
World Steel Association predicts a good year for metallurgists15-04-2021, 18:19
World Steel Association defines green steel and its variations12-04-2021, 13:14
China unlikely to cut steel capacity in 2021 due to high steel prices07-04-2021, 12:11
Scrap metal market at the beginning of April02-04-2021, 11:10
Rising Chinese Prices Fueled Rising Global Steel Prices - MEPS25-03-2021, 18:54
Sign in with: