Due to sanctions from the United States and European countries, there is a risk of stopping the release of new Russian spacecraft. 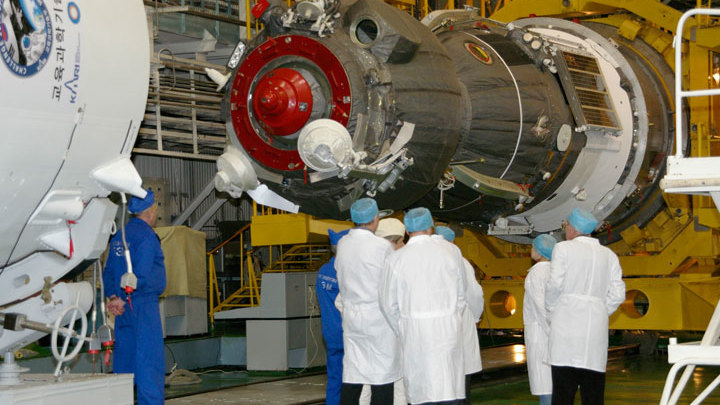 US and EU sanctions, which restrict the supply of microelectronics to Russia, create risks in the production of automatic spacecraft, according to the annual report of the Rocket and Space Corporation (RSC) Energia, Interfax reports.

The company called the imposition of sanctions restricting the purchase of electronic components from leading manufacturers abroad as one of the most important factors determining for it the industry risks in the production of unmanned spacecraft.

The report also points to the emergence of new world players in the market for the production and launch of unmanned spacecraft in countries with high economic growth rates, such as China, India, Japan and “political instability in a number of developing countries that make up a potential market for products. and services ".

In February, RSC Energia's quarterly report stated that US and European sanctions risked limiting international cooperation in the corporation's work.

Recommended:
Azovstal is actively preparing for the reconstruction of gas treatment plants of the first and second converters
Chinese battery giant renews agreement with Tesla to supply lithium-ion batteries
South African gold mines record spike in fatalities
On this topic
Gazprom and Roscosmos are expanding cooperation in the development and use of satellite systems
Russian steelmakers are predictable has reduced steel production in the second quarter against the
Russian elevators will before speak with the voice of Gagarin "Poekhali!"
Pipe metallurgical company calls the risks of reform of the Russian Constitution for business
Failure rate: why import substitution failed to meet expectations
India considers Russia an important partner in the metallurgical industry: ambassador
Partner news
Сomments
Add a comment
Сomments (0)
News Analytics
Трубы Интрпайпа оценили нефтяники из Узбекистана29-07-2021, 11:16
Энергомашспецсталь отгрузила Запорожстали стотонный чугуновозный ковш29-07-2021, 11:08
ArcelorMittal Raises Global Steel Consumption Forecast in 2021 from 5.5% to 8.5%29-07-2021, 10:10
Gas prices in Europe renewed record highs and approached $ 500 per thousand29-07-2021, 09:13
Boeing changes its mind about laying off 10,000 workers with first quarterly28-07-2021, 16:38
Steel raw materials prices decline in all regional markets27-07-2021, 11:57
On the regional markets of metallurgical products, prices are balancing in a22-07-2021, 16:22
Demand for armaments will ensure a stable growth of armored steel sales by 4%20-07-2021, 10:10
Protectionist Measures Support European Steel Prices Despite Summer Lull19-07-2021, 11:02
Positive price growth is observed in the markets for metallurgical products16-07-2021, 14:12