The Federal Office for Shipping and Hydrography of Germany (BSH) issued a permit for laying the Nord Stream 2 pipes in the territorial waters of the Federal Republic of Germany earlier this year. 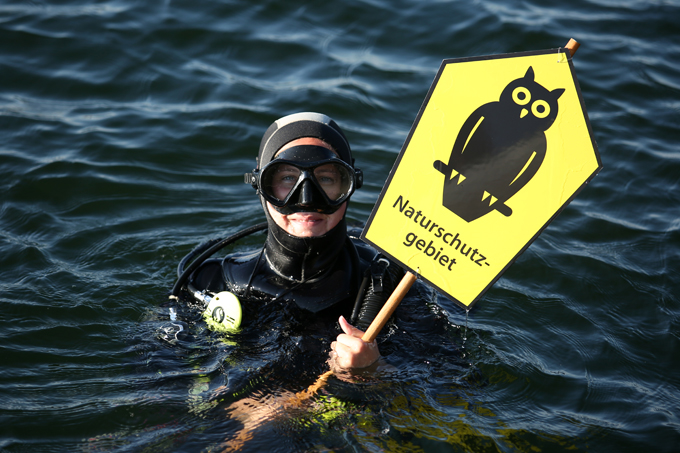 The German non-governmental Union for the Conservation of Nature and Biodiversity (NABU) has joined the conservation organization Deutsche Umwelthilfe and challenged in court the issuance of a permit for the construction of the gas pipeline by the German Federal Office for Shipping and Hydrography (BSH)“ Nord Stream 2 ", reported on the NABU website.

The claim concerns a still unfinished section of the pipeline in the exclusive economic zone of Germany. NABU recalled that it has opposed the construction of the gas pipeline since 2018 and considers the lawsuit "the only way to limit damage to the Baltic Sea."

The permit for the laying at the beginning of this year was issued by the Federal Office for Shipping and Hydrography of Germany (BSH). A few days later, environmental organizations challenged the decision, but on April 1, the environmentalists' demand to cancel the permit was rejected by BSH. The permit is valid until the end of May on a 16.5 km branch in the German economic zone of the Baltic Sea, but was suspended pending consideration of an environmental complaint.

Now NABU and Deutsche Umwelthilfe will try to revoke this permit in court. Environmentalists demand that the permit for pipe laying should be suspended while the claim is being considered.

As of April 1, the construction of the Nord Stream 2 gas pipeline was 95% complete. Gazprom is completing it on its own, as its Swiss contractor stopped work due to US sanctions.

The Nord Stream 2 project involves the construction of two lines of a gas pipeline with a total capacity of 55 billion cubic meters per year from the Russian coast through the Baltic Sea to Germany. The work was suspended in December 2019 after the Swiss company Allseas refused to lay the pipes due to possible sanctions from the United States.