Norilsk Nickel, Rosatom and DTSSS signed an agreement on the design and construction of an LNG icebreaker

The parties will form a working group that will develop terms of reference for the design and construction of an LNG icebreaker, select a shipyard, and consider options for raising funds. 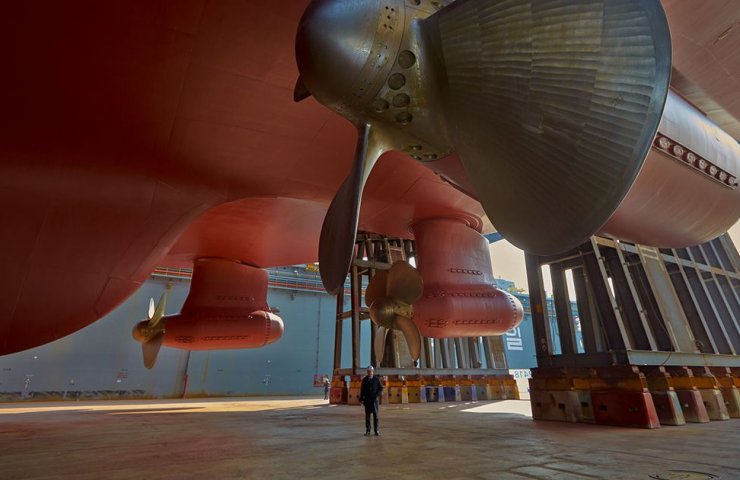 PJSC MMC Norilsk Nickel, the world's largest producer of palladium and high-grade nickel, as well as one of the largest producers of platinum and copper, State Corporation Rosatom and JSC Far Eastern Shipbuilding and Ship Repair Center (DTSSS, part of PJSC NK Rosneft) signed an agreement of intent to jointly design and build a dual-fuel diesel-LNG icebreaker, which will carry out ice escort of ships carrying Norilsk Nickel's cargo along the Northern Sea Route. The agreement was signed within the framework of the Eastern Economic Forum.

Cargo turnover in the Arctic ports of Dudinka and Murmansk is growing. To ensure the handling of the increased cargo flows, Nornickel is modernizing and expanding the infrastructure in the port cities, as well as increasing and renewing the fleet. The new LNG icebreaker will allow Norilsk Nickel to replace the Taimyr-type icebreaker, which will be decommissioned in 2027–2029.

The agreement with Rosatom and DTSSS is aimed at organizing cooperation between leading Russian companies, the goals of which are to solve problems on a national scale, including the implementation of investment projects in the Russian Arctic, the development of infrastructure and an increase in the cargo turnover of the Northern Sea Route, the creation of a Russian production of LNG icebreakers.

“The icebreaker fleet is the flagship of the large-scale modernization of the transport infrastructure of the Norilsk industrial region. Norilsk Nickel is increasing the volume of traffic for the timely implementation of strategic investment projects in the region. The new icebreaker will help the company to meet its ambitious goals, and the agreement will be an important step in the development of partnerships between leading Russian companies in the development of the Arctic. ”

Earlier this year, Norilsk Nickel and Rosatom signed an agreement that would extend the period for the provision of icebreaking services.