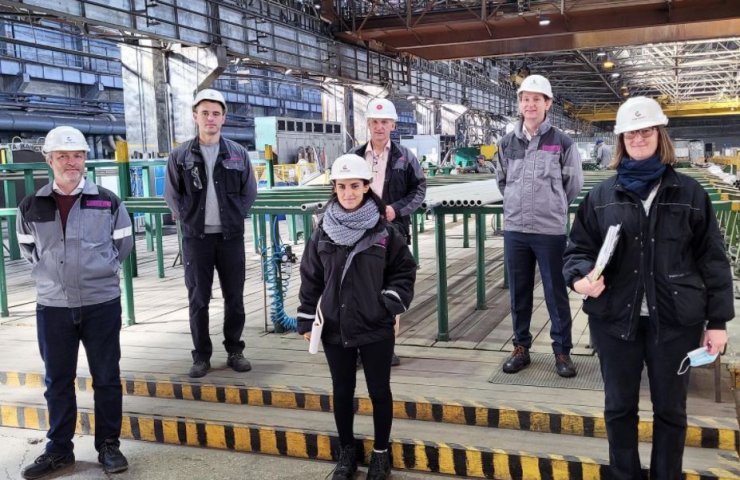 On October 25 and 26, the Ukrainian pipe company Centravis successfully passed another audit of representatives of the German and French offices of the premium-class company for the trade of steel pipes, pipe fittings and accessories Buhlmann. Сentravis annually undergoes an audit of a supplier of products for nuclear power plants, since 2009. The company supplies pipes for the Hinkley Point C nuclear power plant, UK. Since 2020, 472 tons have already been delivered, and it is planned to supply about 60 tons by the end of 2021. The pipes are manufactured according to EN and RCCM standards. The purpose of the audit conducted at the end of October is to check the production, as well as the quality control and quality assurance system with the requirements for materials supplied to nuclear power plants and the compliance with the approved technological procedures. Centravis has formed a project team, which includes representatives of the technological and analytical departments of the shops and the quality assurance service ... During the audit, significant progress was noted in eliminating the comments of previous audits and the technical progress of Centravis in general. Achievement of such high results was helped by investments of 1.7 million euros in equipment and modernization of workshops in 2020 and 2021.