In January, it will be very hot in the production shops at the carriage plant in Kremenchug: the company expects to significantly increase the production of freight cars and accelerate the implementation of the program for the construction of 100 passenger compartment cars. 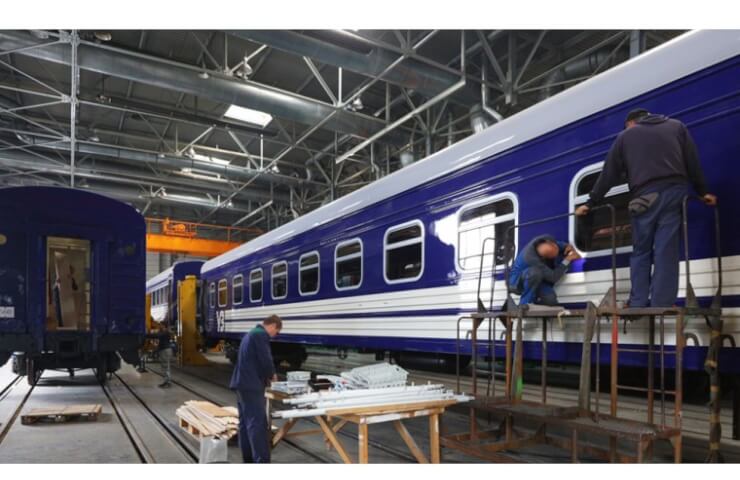 December 31, 2021 Ukrzaliznytsya was a tender has been announced for the purchase of 30 second-class cars with increased capacity, designed for a speed of 160 km per hour. Kryukovsky Carriage Works (KVSZ) intends to receive this state order, said the chairman of the board of KVSZ Maksim Kramarenko.

“I insist that all the KVSZ services involved in this are actively involved in the work to participate in it. It is necessary to promptly clarify technical requirements, prepare documents, "he said at an operational meeting with the participation of members of the Supervisory Board and the Board, directors in areas, held on January 4.

In addition, according to Kramarenko, in the near future it is planned to announce a tender for the supply of interregional locomotive-hauled cars (MPLT).

Kryukov Carriage Works is gradually increasing the production of freight cars and, in particular, it is planned to manufacture and sell at least 180 units of such transport in January alone.

Recall that in the financial plan of Ukrzaliznytsya for 2022, 3.59 billion hryvnia is provided for the renewal of rolling stock. In addition, there is a separate line for the purchase of 3 diesel trains manufactured by KVSZ.