The Kharkiv businessman said that investments in the infrastructure and business structures of the DCH group will continue despite pressure from Ukrainian law enforcement agencies. 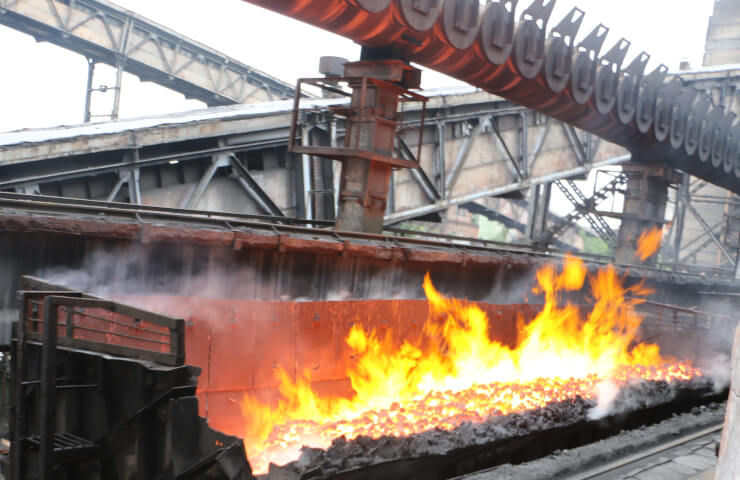 Oleksandr Yaroslavskiy's Dniprovsky Metallurgical Plant of the DCH group has completed the overhaul of coke oven battery No. 4. The project will reduce emissions of pollutants into the atmosphere. According to the press service of the plant, the total investment is about UAH 170 million.

As part of the investment project, 39 coking chambers were repaired at the DMZ coking site. The refractory lining from the machine and coke sides was replaced, and the heating walls were repositioned. They installed new armor, gas exhaust fittings and reinforcement units. Repaired and replaced coke equipment.

“The Dnipro Metallurgical Plant is systematically engaged in the modernization of fixed assets at the coke plant. In addition to the overhaul of coke oven battery No. 4, a project is being launched this year to build a smokeless charge loading system by hydroinjection. This will increase the efficiency of the furnaces and significantly reduce the burden on the environment,” emphasized Vitaly Bash, CEO of DMZ.

Now the company has an investment program in the amount of 400 million, aimed at modernizing production facilities and reducing the burden on the environment.

Earlier today, the owner of DMZ, Alexander Yaroslavsky, said that all plans for the development of business structures of the DCH group will be implemented as planned despite the persecution by law enforcement agencies.

“All plans for the development of my business structures, all investments in Metallist and football infrastructure will be implemented as planned,” reads the group’s website statement DCH Yaroslavsky.

Since 2016, the Dnipro Metallurgical Plant has invested UAH 475 million in environmental programs. During this time, the company has reduced emissions into the atmosphere by almost 25%. This is the best indicator among all metallurgical enterprises in Ukraine.