ArcelorMittal Kryvyi Rih has only one blast furnace in operation, launched on April 11 to keep iron production low. 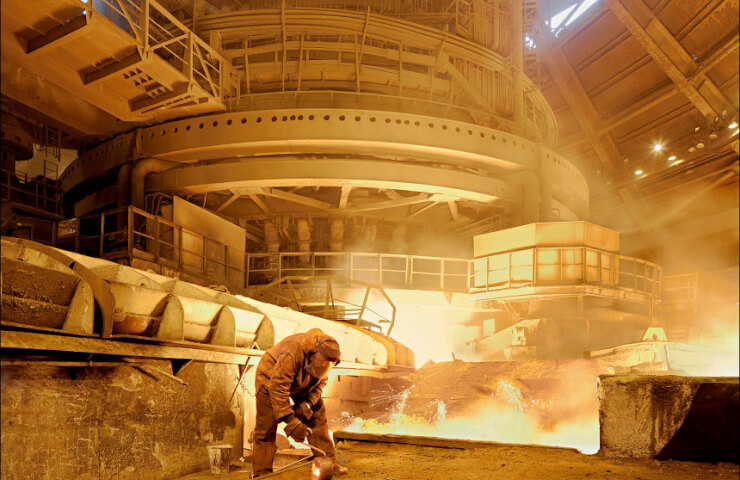 The smelter of the Luxembourg-based ArcelorMittal in Kryvyi Rih, Ukraine, is operating at up to 20% capacity for pig iron and 50-60% of its iron ore mining capacity, according to a quarterly report from the world's second-largest steel company.

“With the outbreak of war in Ukraine, the company announced the suspension of operations (in Kryvyi Rih, - ed.) to protect its people and property. Since then, we have gradually resumed operations and are currently operating one of three blast furnaces. Blast Furnace #6 (approximately 20% of plant capacity) was restarted on April 11, 2022 (to resume low-level pig iron production). The production of iron ore is currently loaded at about 50-60%”, -

ArcelorMittal has confirmed plans to invest in the construction of a new pelletizing plant with a capacity of 5 million tons of pellets per year. The company recalled that the project will reduce CO2 emissions by 750 thousand tons per year.

Финансовая аналитика, прогнозы цен на сталь, железную руду, уголь и другие сырьевые товары. More news and analytics on Metallurgprom telegram channel - subscribe to get up-to-date market information and price forecasts faster than others.
Сomments
Add a comment
Сomments (0)
On this topic
ArcelorMittal Kryvyi Rih will shutdown the largest blast furnace in Europe
KZhRK miners' strike threatens with loss of sales markets without prospects of their return
Yuzhmash told whether it is possible to launch reusable rockets from the Black Sea
Dneprovsky iron and steel works announced the transition to the final stage of blowing of blast
ArcelorMittal postpones blast furnace restart in Belgium due to heavy snowfall
Brazil's largest steel company is planning to stop the blast furnace
Recommended:
Metinvest reduced the use of its capacities by more than 40% due to the war in Ukraine
London will violate WTO rules in an attempt to prevent the flow of cheap steel imports
China will continue to build its industrial economy
News Analytics
Volvo invests $1.25 billion to build electric vehicle plant in Slovakia01-07-2022, 18:17
Swedish court authorizes construction of steel mill for the first time in 5001-07-2022, 11:09
AvtoVAZ plans to produce at least 400,000 vehicles in 202301-07-2022, 11:29
Zaporizhstal: production results in June 202201-07-2022, 11:39
Australian TIG approved coal mining at the Chukchi Zvonkoye field01-07-2022, 10:21
High iron ore shortage could halt metallurgy's green transition28-06-2022, 14:02
Price volatility hits global steel market27-06-2022, 19:28
Recovery in China could be key to rising global steel prices - MEPS24-06-2022, 14:00
Conflict in Ukraine spurs Europe's drive for clean energy03-06-2022, 12:14
US steel market sentiment becomes more price neutral05-05-2022, 10:15
Sign in with: