In October 2019, Turboatom JSC handed over to the customer the fourth guide vane out of seven planned for the PL-15-GK-600 hydraulic turbine for the Kanevskaya HPP (station No. 13). 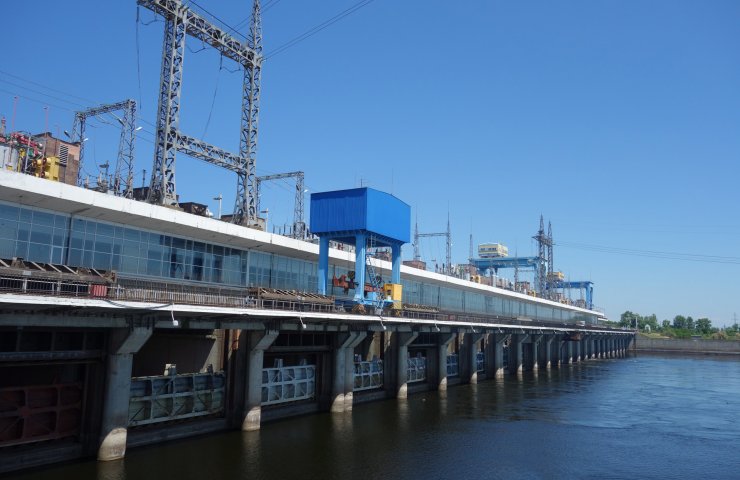 According to the contract signed in November 2016, Turboatom JSC will manufacture and supply 7 hydraulic turbines PL 15-GK-600 in a complete set for the reconstruction of two power units of the Kanevskaya HPP.

This contract is the result of the first joint participation of "Turboatom ", which acted as the general contractor, and its partners - SE "Plant " Electrotyazhmash "(delivery of seven generators under the contract) and the Consortium " NPO Ukrhydroenergostroy "(delivery under the contract for eight auxiliary systems of hydraulic units and equipment installation supervision). The agreement on cooperation between the partners was signed in October 2015. The contract is for several years, the final delivery date for all equipment is the end of May 2021.

The tender for the EBRD money was held in two stages over three years. In terms of price and quality ratio, Turboatom defeated its competitors - the German consortium ANDRITZ HYDRO and the Chinese company Power China-Nari.

Kanevskaya HPP is the second stage of a cascade of hydroelectric power plants in Ukraine, in the city of Kanev, Cherkasy region, built on the Dnieper River and part of Ukrhydroenergo.

The guide vane regulates the flow of water through the turbine, and also stops the access of water to the impeller and to the tailwater. Structurally, it is of a conical type with 24 blades. The guide vane includes: an outer and an inner ring, a regulating ring, blades with swing mechanisms, etc. The vanes are controlled by two servomotors through the vane rotation mechanisms and the control ring.

Recommended:
Losses of state-owned mines of Ukraine in the 1st quarter of 2021 amounted to UAH 1.25 billion - ExPro
In Ukraine, police were accused of involvement in the theft of coal from trains on an especially large scale
This year Ukrzaliznytsia has restored 20 sections of electric trains
On this topic
In Kharkov, the metro station "Moskovsky Prospekt" was renamed into "Turboatom"
The future of electric vehicles is being shaped in China
Tata Group Transfers India to Electric Vehicles
Is the German auto industry preparing for a collapse?
Ukrainians have developed a technology that significantly reduces carbon dioxide emissions in
Guoxuan and Tata AutoComp from China form a joint venture
Add a comment
Сomments (0)
News Analytics
Demand for scrap metal in Ukraine exceeds supply by 5%19-06-2021, 11:45
Ukraine resumed sea purchases of gasoline due to restrictions on supplies from19-06-2021, 11:38
Installation of the first mine hoisting machine of Uralmashzavod began in Altai19-06-2021, 11:46
European designers have learned to inflate steel structures that could be a18-06-2021, 17:42
In Ukraine, police were accused of involvement in the theft of coal from trains18-06-2021, 17:51
Vaccinations fuel demand for platinum - World Platinum Investment Council08-06-2021, 12:55
Sharp price growth continues in the rolled metal market - Ukrpromvneshexpertiza08-06-2021, 11:04
Analysts note overheating of the global scrap metal market01-06-2021, 13:28
Hydrogen-fueled steelmaking could be competitive after 2050 - McKinsey19-05-2021, 14:22
Steel raw material prices are skyrocketing across the board18-05-2021, 12:34
Sign in with: