Bogdan Motors is outraged by accusations of overpricing

The development of events around Bogdan Motors jeopardizes the implementation of the State Defense Order in the near future, the corporation said. 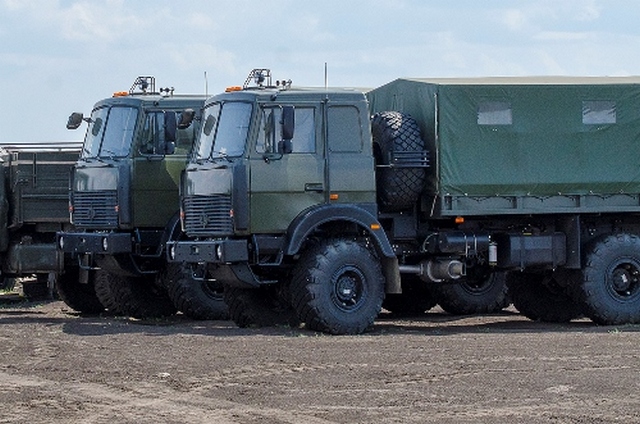 The collective of the State Enterprise “ASZ No. 2 of JSC“ AK “Bogdan Motors” was outraged to learn about the false and baseless accusations made public during the VAKS court session on October 18, 2019, stated in the press service of the automobile corporation.

"The products of our plant - off-road trucks" Bogdan-63172 "during manufacture and delivery to the Armed Forces of Ukraine had a lower price compared to similar equipment from other suppliers", - said in a message published on the corporate website of the company.

The statement notes that all contracts under the state defense order were and are being fulfilled by our enterprise ahead of schedule, and the cars during operation did not have any comments from the military, and the warranty claims had a minimum quantity, as for such a volume of supplies.

The team argues that the cost of trucks, even hypothetically, could not be overestimated, since it was formed in full accordance with the current legislation and by-laws - with the current version of the Resolution of the Cabinet of Ministers of Ukraine No. 517 and No. 464, which regulate the entire procedure for setting prices when fulfilling the state defense order ... At the same time, the activities of the enterprise were constantly monitored by the relevant government agencies.

“The events that have been unfolding around our enterprise lately are bringing a lot of nervousness into the mood of employees. Therefore, the result of such a course of events jeopardizes the implementation of the state defense order in the near future, "the corporation warns.

Recall that on October 17 the president of the Bogdan Motors corporation, ex-deputy secretary of the NSDC, Oleg Gladkovsky, was detained by detectives of the National Anti-Corruption Bureau (NABU). On October 18, the Specialized Anti-Corruption Prosecutor's Office (SAP) reported that Gladkovsky was notified of suspicion of abuse of office and declaring false information.

NABU detectives reported the former official was suspected of committing crimes under Part 2 of Art. 364 and Article 366-1 of the Criminal Code of Ukraine. In particular, he is accused of being included in the state defense order and further procurement from the state budget of MAZ 6317 (Bogdan 6317) off-road trucks at inflated prices from the subsidiary Auto Assembly Plant No. 2, which is part of PJSC AK Bogdan Motors ".

Recommended:
Ukraine imposes sanctions against the son of Belarusian President Lukashenko
World's first 3D-printed bridge in Amsterdam's red light district
Protectionist Measures Support European Steel Prices Despite Summer Lull
On this topic
The Independent Trade Union of Miners of Ukraine decided to prepare for an all-Ukrainian protest
Trump punishes Turkey for attack on Syria with 50% steel duties
Ukrainian customs will protect intellectual property in a European way
By the end of the year, Ukraine must pay $ 3.3 billion of public debt
ArcelorMittal Kryvyi Rih promises investments to reduce atmospheric emissions
Russia could not do without Ukrainian wheels
Partner news
Сomments
Add a comment
Сomments (0)
News Analytics
Azerbaijan's SOCAR plans to invest in the extraction of battery metals in26-07-2021, 22:00
The first domestic industrial energy storage system was developed and launched26-07-2021, 22:11
The profitability of purchases of scrap metal in Ukraine has decreased, but is26-07-2021, 17:27
Metinvest is ready to pay more than 9 billion hryvnia for the Dnieper steel26-07-2021, 13:01
Cherkassk Azot by Dmitry Firtash completed the modernization of the ammonia26-07-2021, 13:45
On the regional markets of metallurgical products, prices are balancing in a22-07-2021, 16:22
Demand for armaments will ensure a stable growth of armored steel sales by 4%20-07-2021, 10:10
Protectionist Measures Support European Steel Prices Despite Summer Lull19-07-2021, 11:02
Positive price growth is observed in the markets for metallurgical products16-07-2021, 14:12
European steel market is in confusion: price growth has slowed down, but no one21-06-2021, 17:40