This became possible thanks to the work of dredging the waters, the formation of a new approach channel and the installation of special navigation characters. 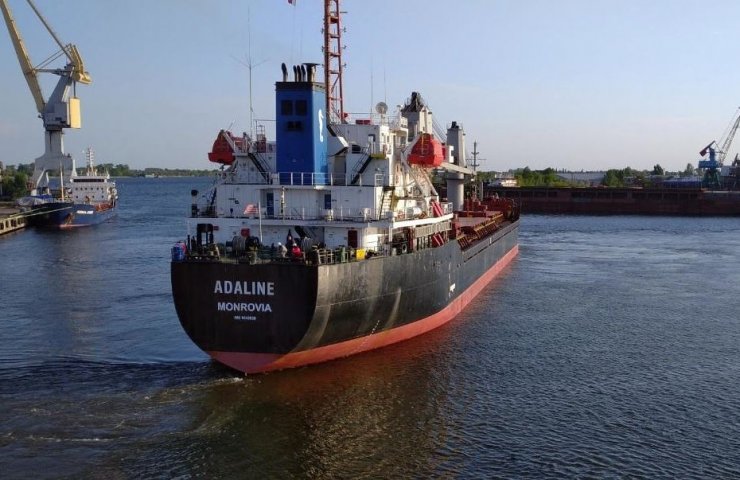 Smart Maritime group (Smart Maritime Group. Kherson) has commissioned a new approach channel to its cargo terminal at the Kherson shipyard. Now he will be able to serve vessels with a draft up to 7 meters.

Research to define a new fairway was carried out by specialists of SMG together with GP "the state hydrographic service of Ukraine". The channel is equipped with appropriate navigation equipment, manufactured by the company. Approach channel registered in the Ministry of Infrastructure and submitted to the international pilot card.

in addition, the strength of ASD was made suitable dredging work in the port which resulted in the passport of the depth at the quay wall increased from 6.2 to 7 meters.

According to the Department of port operations of SMG, the works increased transshipment terminal features 30-40% that will enable us to reach a leading position in the waters of Kherson sea trade port.

may 10, in the waters of the SMG produced a pilot vessel loading "Adaline" (flag of Liberia) with bringing precipitation to 7 meters. The bulk carrier took on Board 8 tons of grain and left the port area, went to Turkey.

"When the new current depth rainfall of 7 metres, the port terminal had the opportunity to ship the fleet to more than 11 thousand tons. Despite the difficult situation in the industry that caused the global economic crisis and pandemic coronavirus, the company SMG continues implementation of development projects and increases the efficiency of use of assets," - said General Director of SMG Dmitry Krasnikov.

Cargo terminal at the Kherson shipyard SMG has been functioning since 1999. Through the terminal are shipped annually to an average of 350 thousand tons of cargo. Specializiruetsya terminal for transshipment of General cargo: big bags, cement, grain, etc.