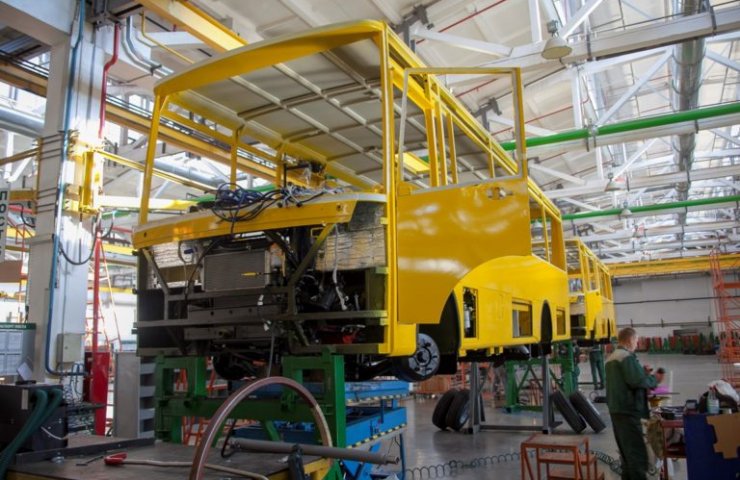 Ukrainian automaker "Bogdan motors" said about ready to release the trolley with a localization level of over 50%. Commenting on the General thrust of bill No. 3739, which has a required percentage of production localization on the territory of Ukraine for participation in public procurement, JSC "AK "Bogdan motors" said that the company for several years initiates discussions about the need for the adoption of legislation for regulation of public procurement in terms of public and community transport.

In "Bogdan motors" I believe that measures to introduce mandatory localization on the public procurement market in terms of public and community transport will contribute to the rise in domestic production and the creation of fundamental conditions for Ukrainian business in a situation when the surrounding markets is quite predictable will introduce protectionist measures. Implementation of priority for Ukrainian enterprises will allow to stop the de-industrialization of the country and the fall in GDP growth.

Introduction localization will load the Ukrainian enterprises and to keep taxes in Ukraine. Launching such initiatives will also facilitate the attachment of additional foreign investment in manufacture of units, parts and assemblies on the territory of Ukraine. And this additional jobs and additional revenues to the budgets of all levels.

"In the Ukrainian society there is a mistaken belief that in accordance with the requirements of the world trade organization the country's market must be completely open and unprotected. In fact, the founding documents of the WTO do not contain any such categorical requirements and, moreover, allow it to do. It, unlike Ukraine, is very well used by other member States of the WTO, establishing protective tariffs, or legislatively consolidating the requirements for localization of production", - noted in "Bogdan motors".

Recommended:
The third diesel train of the DPKr-3 series produced by KVSZ went for testing
Yorkshire industrialist Sir Andrew Cook calls for complete ban on steel imports from China
Crypto miners stop business in China: bitcoin dipped to 36 thousand dollars
On this topic
Stopped nuclear power plants and mines. What's going on in the energy sector of Ukraine?
YUZHMASH this week passed the Dnieper, six new trolley buses
New trolleybuses with an Autonomous course tested in Kremenchug
Corporation "Bogdan" put Poltava 40 new 12-meter trolleybuses
Ukraine detensive the scrap metal market in the spring
Next week Khmelnitsky will receive the next batch of trolleybuses from Bogdan
Add a comment
Сomments (0)
News Analytics
Energoatom approved Electrotyazhmash as a supplier of turbine generators for16-06-2021, 14:57
Representatives of Ukraine and Germany discussed the prospects for cooperation16-06-2021, 10:49
Vestas and DTEK RES signed an agreement for the supply of wind turbines for the16-06-2021, 10:45
SSAB agrees with Volvo to supply and refine HYBRIT decarbonized steel16-06-2021, 10:40
Energomashspetsstal manufactured blanks for reactor equipment parts for16-06-2021, 09:38
Vaccinations fuel demand for platinum - World Platinum Investment Council08-06-2021, 12:55
Sharp price growth continues in the rolled metal market - Ukrpromvneshexpertiza08-06-2021, 11:04
Analysts note overheating of the global scrap metal market01-06-2021, 13:28
Hydrogen-fueled steelmaking could be competitive after 2050 - McKinsey19-05-2021, 14:22
Steel raw material prices are skyrocketing across the board18-05-2021, 12:34
Sign in with: