Gladkovsky, the Corporation "Bogdan motors" is not going to capitulate

This statement was made in the Corporation after the State defense order for Ukraine 2020 refused to buy automotive equipment company. 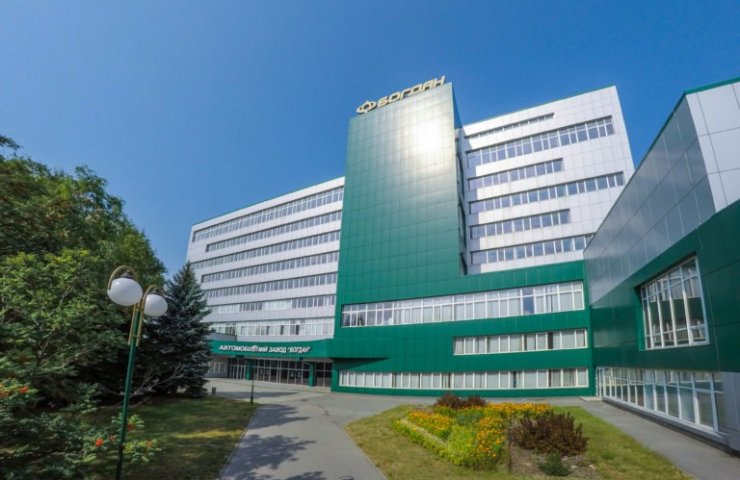 To date, the lack of vehicles in the State defense order of Ukraine for the year 2020 and ongoing politically motivated persecution of the enterprise from the state led to the suspension of production of military equipment and a significant reduction in employees, said statement AO "Automobile company "Bogdan motors" the former Deputy Secretary of national security and defense of Oleg Gladkovsky, who is the founder of the Corporation "Bogdan".

"But in "Bogdan motors" are not going to capitulate and plan new projects that will once again run a modern factory production area and to provide not only job recovery plant in Cherkassy, but also to promote the economic development of Cherkasy and the economy as a whole", - said the press service of the Corporation.

Earlier it was reported that the automobile company "Bogdan motors" intends to lay off 600 employees due to the destabilization of economic activity public services.

the Corporation "Bogdan" was established in February 2005 to implement scaled investment projects directed on creation in Ukraine of capacities on manufacture of vehicles of all types. Corporation in the framework of the implementation of the investment program built automobile plants in Cherkasy capacity of 120-150 thousand cars and luck with a capacity of 6 thousand buses and trolleybuses a year.

In new production facilities has invested a record at the time the amount - $ 350 million. Cherkassy plant had two independent welding lines and Assembly, paint and General complex. This allowed us to produce a wide range of cars B, C, and C-High classes with a total project volume of 120,000 cars a year. The main markets of realization of production at that time was the domestic market of Ukraine and CIS countries.

on the day of the opening of the plant on 20 June 2008 at the state level was signed killer for the domestic auto industry, the agreement with the world trade organization, according to which one day, without any transitional period of decreased protective duties, and in fact opened the domestic market of Ukraine for import. No support for the Ukrainian producers was not provided.

Recommended:
The company "Ukrhydroenergo" entered the TOP-5 of the most profitable state-owned enterprises of Ukraine
China Launches Five Satellites with Long March 2D Launch Vehicle
Russia plans to impose a ban on gasoline exports from Monday due to record domestic prices
On this topic
Corporation "Bogdan" said the attempt of the Ukrainian authorities to bankrupt the company
AK "Bogdan motors" has received a lawsuit from the Prosecutor General of Ukraine and intends to
Automobile plant "Bogdan motors" has successfully passed the audit of quality management system
"Bogdan motors" has put APU in a new batch of trucks, "Bogdan-63172" (Video)
Gladkovsky continued his hunger strike after leaving the jail
Bogdan Motors is outraged by accusations of overpricing
Partner news
Сomments
Add a comment
Сomments (0)
News Analytics
Azerbaijan's SOCAR plans to invest in the extraction of battery metals in26-07-2021, 22:00
The first domestic industrial energy storage system was developed and launched26-07-2021, 22:11
The profitability of purchases of scrap metal in Ukraine has decreased, but is26-07-2021, 17:27
Metinvest is ready to pay more than 9 billion hryvnia for the Dnieper steel26-07-2021, 13:01
Cherkassk Azot by Dmitry Firtash completed the modernization of the ammonia26-07-2021, 13:45
On the regional markets of metallurgical products, prices are balancing in a22-07-2021, 16:22
Demand for armaments will ensure a stable growth of armored steel sales by 4%20-07-2021, 10:10
Protectionist Measures Support European Steel Prices Despite Summer Lull19-07-2021, 11:02
Positive price growth is observed in the markets for metallurgical products16-07-2021, 14:12
European steel market is in confusion: price growth has slowed down, but no one21-06-2021, 17:40