Problems on the railroad and resumption of cabotage steel billet along the route Mariupol – Odessa brought to Mariupol port record-high revenues. 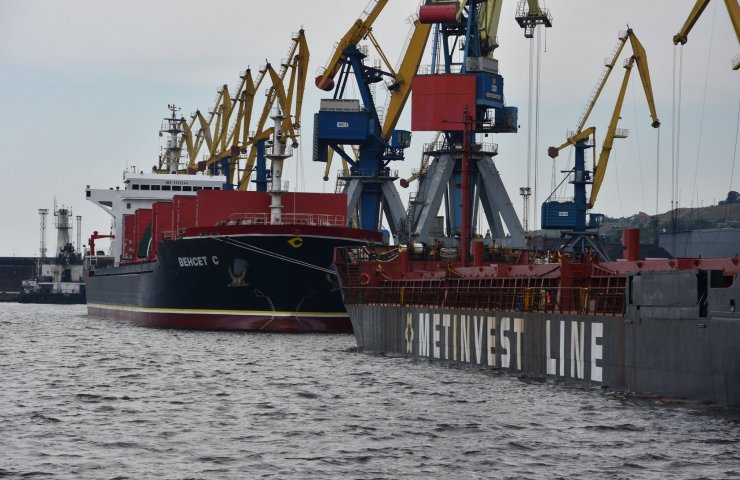 Due to the increase in the volume of cargo handling has significantly improved and the economic performance of the port of Mariupol. By the end of June revenues of the company increased by 35.2 to 104,440 million. The net profit of June this year was of 9.84 million hryvnia, which at 176,8% more than in June 2019.

income Figure for January – June increased by 74.6 million hryvnia to 598,570 million. The net profit of the port during the first half of 2020 increased compared to the same period last year 58 times and amounted to 17,310 million.

the Reason for the resumption of cabotage become a systemic problem on the railway, where the load flow of trains in the direction of Black sea ports reached a critical limit and by separate cars delay reached in March more than 30 days.

Recommended:
Gold demand falls to 11-year low in Q3 2020 - WGC
Sales of liquefied gas for cars in Ukraine increased despite Covid-19
Australian Fortescue joins the race for green hydrogen
On this topic
Yuzhmash told whether it is possible to launch reusable rockets from the Black Sea
Transshipment of ore in the port Yuzhny increased for the six months 80%
Mariupol plants for the first time in history started to ship slabs to Odessa by sea
Port "South" has set an absolute record in handling most of them ore and coal
Sea container transportations in Ukraine has grown by 20 percent exceeding million TEU
Companies from Qatar and Ukraine declared about the participation in the concession tender in Porto
Add a comment
Сomments (0)
News Analytics
Steel buyers in the European Union prepare for further significant price23-11-2020, 18:44
Production of dead-bottom molds has been restored at the Dnieper Metallurgical23-11-2020, 15:39
Hyundai and Ineos to collaborate on hydrogen vehicles23-11-2020, 14:28
Interpipe digitalizes logistics for the convenience of Ukrainian and European23-11-2020, 14:59
CO2 concentration in Earth's atmosphere reaches record levels again23-11-2020, 14:25
European Union scrap collectors worried about possible export restrictions18-11-2020, 10:41
Occupational diseases of workers in the extractive industry: types and ways to16-11-2020, 17:49
Eurofer expects recovery in EU steel demand05-11-2020, 09:47
Hot rolled carbon steel demand will continue to grow by 4% pa until 203004-11-2020, 16:14
Platts Steel Trade Review: China Will Decide Asia's Fate30-10-2020, 10:04
Sign in with: