The cost of pig iron is declining in all regional markets due to falling prices for scrap and flat products. 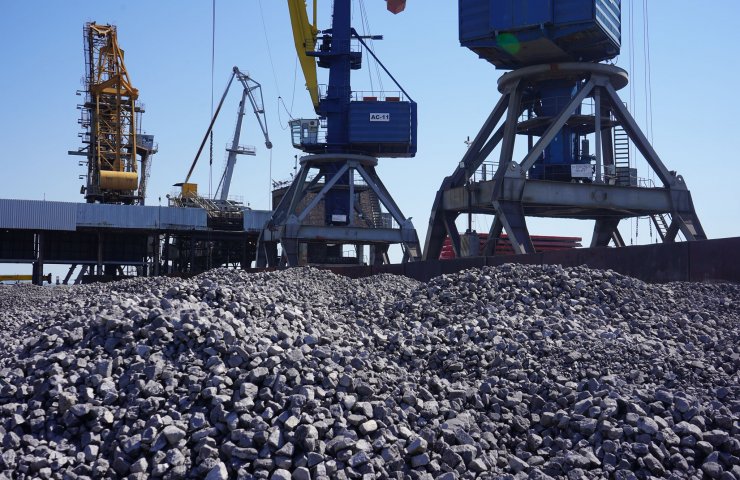 Buyers make minimal purchases in anticipation of clarification of the situation on the finished product market. As a consequence, the initiative in pricing is completely in their hands. In this situation, exporters began to cut supplies in an attempt to stem the downtrend.

In the last week of July in the United States market, contracts were concluded mainly with suppliers from Brazil, whose production facilities are currently practically not loaded. As a result, local producers willingly make concessions to American buyers, deals were concluded at 570-580 $ /t fob northern ports of Brazil. At the same time, the demand for raw materials from the CIS is low due to the intransigence of Russian and Ukrainian exporters.

In Asia, quotes for pig iron are in the range of $ 580-590 /t cif, the cost of demand fell to $ 570 /t cif. The demand price slipped under the influence of falling prices for steel scrap and high stocks of pig iron in importers' warehouses, as well as weakening demand for flat products.

According to the forecasts of the analyst of Ukrpromvneshexpertiza Dobrovolskiy Yuriy, in the first half of August, the iron market is expected to continue to decline in value due to the high probability of falling scrap prices and bringing stocks to the standard level. Also, the pressure on the quotes will be exerted by the sluggish demand for finished rolled products. At the same time, a significant decrease in prices due to the limiting factor of the high cost of production of the material is not expected.

At the Rotterdam exchange, scrap prices are declining amid weak demand for long products and high inventories from importers, which allows them to reduce purchasing activity, waiting for significant discounts.

In the Turkish market, deals were made only sporadically. The American trader agreed to sell a large batch of mixed raw materials, in which HMS 1 & 2 (80:20) scrap was valued at $ 475 /t cif. The signed contract significantly influenced the market sentiment, and the majority of sellers set their bid prices at the level of $ 465-470 /t cif. So far, such prices are not acceptable for traders due to the continuing high purchase cost of the material in the domestic markets of their countries.

In the Asian market, the cost of scrap metal is also declining. Traders understand the inevitability of a further continuation of the downtrend and rush to unload the accumulated raw materials. On the other hand, factories are very selective in their approach to procurement, since they have a significant number of alternative proposals. Currently, the price for HMS1 grade scrap is $ 465 /t cif ports in South Korea.

According to the forecasts of analysts of "Ukrpromvneshexpertiza", the quotations of scrap metal will continue to decline in connection with bringing the balance to the normative level by importers and overheating of the market. The increase in supply from the US and EU exporters will also exert pressure on prices. However, the decline in prices will not be significant - low rates of scrap collection in the United States and high prices in the domestic markets of the largest exporting countries will limit the scale of the decline.

Финансовая аналитика, прогнозы цен на сталь, железную руду, уголь и другие сырьевые товары. More news and analytics on Metallurgprom telegram channel - subscribe to get up-to-date market information and price forecasts faster than others.
Сomments
Add a comment
Сomments (0)
On this topic
In March, the rise in prices for metallurgical products in all markets will increase -
Positive price growth is observed in the markets for metallurgical products
A decrease in business activity is observed in the regional markets for metallurgical products
The number of deals made in the regional scrap markets is growing
Downward price trend begins in steel markets
On the regional markets of metallurgical products, prices are balancing in a narrow corridor
Recommended:
Russian steel production fell by 6%
The European Council added the violation of restrictive measures (sanctions) to the list of EU crimes
Australia and the UK aim to catch up and overtake China in the battery metal sector
News Analytics
Analysts predict 5% annual growth in the iron casting market through 203006-12-2022, 12:44
Oman to build a new steel plant worth $3 billion in 3 years06-12-2022, 12:14
Tesla's Shanghai gigafactory set a new record for electric vehicle shipments in05-12-2022, 15:24
Sanjeev Gupta may lose control of his steel plants in Belgium05-12-2022, 13:55
Steel demand and weather in Australia will affect coking coal prices05-12-2022, 13:16
Analysts predict 5% annual growth in the iron casting market through 203006-12-2022, 12:44
Commodity prices will fall, metals quotes will rise slightly - Focus Economics28-11-2022, 13:28
Platinum market to face shortage next year - WPIC22-11-2022, 18:25
Global steel demand falls and will fall by 2.3% in 2022: WorldSteel19-10-2022, 23:12
Iron ore prices fall to 11-month low15-10-2022, 10:36
Sign in with: