According to him, Ukraine took "unfriendly steps" against Hungary, summoning the Hungarian ambassador and deciding to deny entry to two officials. 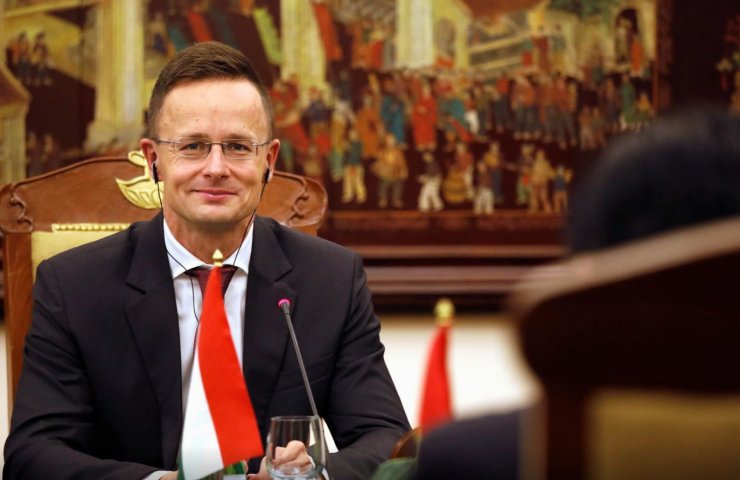 The Hungarian Foreign Minister said on Tuesday that Ukraine's decision to ban the entry of two Hungarian government officials over what she called interference in local elections was “pathetic and pointless.”

In a video message on his Facebook page, Peter Siyarto said that Budapest had not received an official notification of the ban on entry to Ukraine.

In the video, Siyjarto welcomed the victory of Hungarian candidates in local elections in Ukraine, which, he said, means that the opinion of Hungarians must be taken into account for the future region bordering Hungary, home to a large ethnic Hungarian minority.

He said that Ukraine had taken "unfriendly steps" against Hungary by summoning the Hungarian ambassador and deciding to deny entry to two officials.

"By this, Ukraine is giving a signal ... that it has renounced Hungary's support for its Euro-Atlantic integration efforts," Siyarto said.

Recommended:
A sharp rise in prices for diesel fuel is expected in Ukraine - Derzhzovnishinform
Oldest US steel company resumes strategic funding
Krukovka Carriage Works disclosed the findings of the company's repeated internal audit
On this topic
Yuzhmash told whether it is possible to launch reusable rockets from the Black Sea
How the reform of the electricity market in Ukraine can lead to a collapse and what to do about it
Stopped nuclear power plants and mines. What's going on in the energy sector of Ukraine?
The Nikolaev aluminous plant announced that forced the suspension of production
Prime Minister of Ukraine promised to reduce the prices of utilities and heating
Head of Zaporizhzhya CI: Zaporizhstal owners are terribly concerned about Shurma's departure
Add a comment
Сomments (0)
News Analytics
All vessels involved in the construction of Nord Stream-2 returned to the port28-11-2020, 16:43
IMF denies emergency financial aid to Kiev28-11-2020, 10:31
Biden's Production Plan Requires Significant Increase in U.S. Mineral Production28-11-2020, 10:35
SE "VostGOK" promises to pay off wage arrears by the end of next week27-11-2020, 22:39
Ukraine is losing leadership in the EU rapeseed import market due to the27-11-2020, 18:50
European Union scrap collectors worried about possible export restrictions18-11-2020, 10:41
Occupational diseases of workers in the extractive industry: types and ways to16-11-2020, 17:49
Eurofer expects recovery in EU steel demand05-11-2020, 09:47
Hot rolled carbon steel demand will continue to grow by 4% pa until 203004-11-2020, 16:14
Platts Steel Trade Review: China Will Decide Asia's Fate30-10-2020, 10:04
Sign in with: