Since the beginning of 2020, the staff of Ukroboronprom has been updated by more than 30%

In general, since August 2019, more than 20 enterprises of the concern have changed managers, of which nine were appointed based on the results of nomination committees. 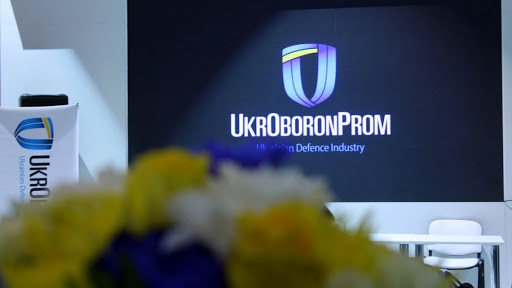 With the arrival of a new team at Ukroboronprom, headed by Abromavicius, the management of the concern has changed by 100%, and its staff as a whole has been updated by 36%. This was reported in the press service of the Ukrooboronprom on Wednesday.

A total of 855 candidates for positions in the state concern and its member enterprises were tested for integrity, of which 65 did not pass such a test.

At the same time, applicants for leadership positions were tested on a polygraph.

According to the press service of the concern, this made it possible to minimize corruption risks, as well as to increase the efficiency of selection and placement of personnel. In particular, out of 200 candidates who passed the polygraph, almost half hid negative information.

"The implemented practice of conducting psychophysiological research of personnel has proved to be effective, and therefore the new team of Ukroboronprom intends to use it on a regular basis - once a year for managerial positions," the message says.

In addition, the approach to team formation was changed over the year: the number of managers was halved, and the number of management levels was reduced from 8 to 5. The introduction of the practice of competitive and open selection for management positions of Ukroboronprom enterprises made it possible to attract specialists and top managers from the corporate and public sectors.

In general, since August 2019, at more than 20 enterprises of the concern, there has been a change of managers, of which nine were appointed based on the results of nomination committees.

In total, the personnel structure of the concern's divisions was updated by 36% over the year: 101 employees were hired, of which 16 were hired during 2020. A total of 67 employees were laid off.

Recommended:
British billionaire Sanjeev Gupta raises the stakes in race for Thyssenkrupp Steel assets
Consumption of rolled steel in Ukraine decreased by 5.6% in 10 months
US Hot Rolled Coil Prices Gain $ 20 Over the Week
On this topic
Yuzhmash told whether it is possible to launch reusable rockets from the Black Sea
In Ukraine created the working group on the revival of domestic aviation industry
Guide Dreamlifts Ltd decided not to renew the cooperation with the Antonov company
The management of "Ukrzaliznytsya" will focus on "eradicating corruption"
The Nikolaev shipbuilders gave the signal SOS
The Ukrainian government announced an unprecedented scale of power renewal
Add a comment
Сomments (0)
News Analytics
Hydrogen trains in Austria received approval for operation on passenger lines01-12-2020, 19:01
Metinvest is recognized as one of the most sustainable companies in Ukraine01-12-2020, 18:38
Nord Stream 2 will complete construction of the Russian ship Akademik Chersky -01-12-2020, 17:49
Russia did not mind replacing natural gas with hydrogen in Ukrainian transit in01-12-2020, 15:55
Rostec quadrupled the engine resource for the Yak-13001-12-2020, 15:35
European Union scrap collectors worried about possible export restrictions18-11-2020, 10:41
Occupational diseases of workers in the extractive industry: types and ways to16-11-2020, 17:49
Eurofer expects recovery in EU steel demand05-11-2020, 09:47
Hot rolled carbon steel demand will continue to grow by 4% pa until 203004-11-2020, 16:14
Platts Steel Trade Review: China Will Decide Asia's Fate30-10-2020, 10:04
Sign in with: