France imposes a "curfew" in connection with the coronavirus pandemic

From Tuesday in Paris it will not be possible to go outside after 21-00. This will be announced during the day today. 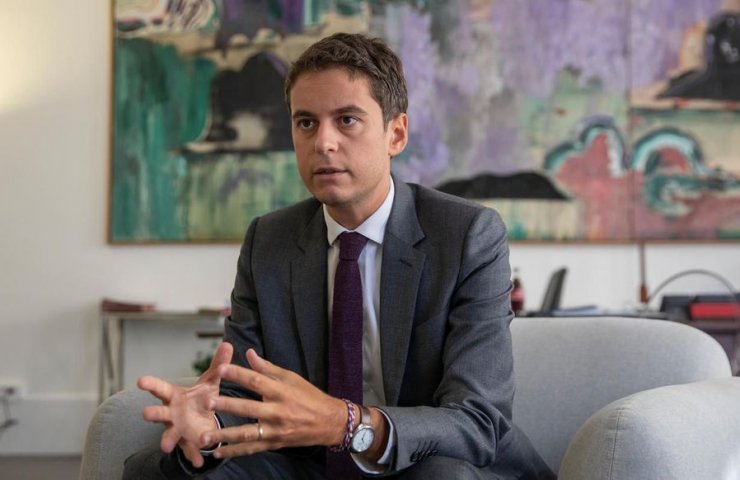 French government spokesman Gabriel Attal said that due to the increase in the incidence of coronavirus and quarantine violations, the authorities are tightening restrictive measures. In several cities and regions (including Ile-de-France with Paris), a curfew will be added to the quarantine from 21:00.

“We will restore curfews in Paris and possibly the Ile-de-France at 9 pm. The Interior Minister will announce this during the day, ”he said. “We take measures that are difficult for everyone, and if many respect them, it is unbearable for some French people to see others not following the rules” - said Attal on BFM.

A new quarantine was introduced in France on October 30. It is planned that it will last until December 1, but many fear that the restrictions will last until 2021. Lockdowns due to the second wave of the pandemic have also been introduced in Italy, Spain, Germany, Belgium and other European countries.

One after another, countries are introducing restrictions due to the increase in the incidence of coronavirus. Nevertheless, the EU states are trying to balance between security and economic collapse.

Recommended:
"Bogdan Motors" started manufacturing trolleybuses for KP "Kyivpastrans"
Volvo engineers dropped 10 new rescue vehicles from 30m height (Video)
The head of "ArcelorMittal Kryvyi Rih" joined the Board of the European Business Association
On this topic
Yuzhmash told whether it is possible to launch reusable rockets from the Black Sea
How the reform of the electricity market in Ukraine can lead to a collapse and what to do about it
Stopped nuclear power plants and mines. What's going on in the energy sector of Ukraine?
Ferrari delays the restart of the plants in Italy until may 3
The closure of European borders disrupt trade precious metals
The European economy will face a recession by 2-2,5% due to pandemic
Add a comment
Сomments (0)
News Analytics
US Provides $ 20 Billion in Government Support to Airlines to Pay Salaries02-12-2020, 19:25
Metinvest closes its first securitization deal02-12-2020, 19:05
The UN is alarmed by the plans of the states to increase the production of02-12-2020, 19:22
Санджив Гупта на днях узнает все финансовые тайны крупнейшего немецкого02-12-2020, 19:18
EU asks Biden to abolish duties on steel and aluminum02-12-2020, 15:16
European Union scrap collectors worried about possible export restrictions18-11-2020, 10:41
Occupational diseases of workers in the extractive industry: types and ways to16-11-2020, 17:49
Eurofer expects recovery in EU steel demand05-11-2020, 09:47
Hot rolled carbon steel demand will continue to grow by 4% pa until 203004-11-2020, 16:14
Platts Steel Trade Review: China Will Decide Asia's Fate30-10-2020, 10:04
Sign in with: