However, the production of aviation and shipbuilding products, as well as the volume of repairs for 10 months of 2020, decreased due to the coronavirus pandemic. 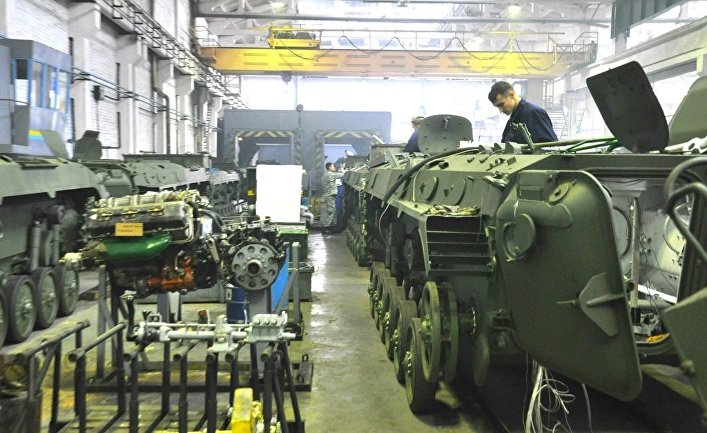 The enterprises of the State Concern "Ukroboronprom" by the end of 10 months of 2020 produced weapons and military equipment, and also provided services for their repair and maintenance by 14% more than in the same period last year (APPG). The total production volume amounted to UAH 25.2 billion, which is UAH 3 billion more than in January-October 2019.

The volume of manufactured products (services) of the armored industry enterprises added 80% compared to the same period in 2019 and amounted to 4.9 billion hryvnia.

The volume of production of the shipbuilding and ship-repairing enterprises of the concern increased by 77% compared to the APPG and amounted to UAH 3.7 billion.

The volume of products and services rendered at the enterprises of radar, radio communication and special instrument making increased by 2% compared to the APPG and amounted to 2.1 billion hryvnia.

At the same time, despite the fact that aircraft and shipbuilding enterprises, as well as manufacturers of high-precision weapons, increased production in October this year, by the end of 10 months of 2020, the total volume of production and repairs decreased by 7% compared to the same period.

As explained in Ukroboronprom, quarantine and late contracting significantly affected the production targets.

"The implementation of the state defense order is our priority," - said the acting General Director Igor Fomenko.

"Despite working in a pandemic, the Ukroboronprom team proves that it is capable of efficiently solving complex production problems and achieving an increase in production indicators," he added.

Recommended:
Elon Musk contracted coronavirus, but doubts the reliability of the tests
Metallurgical production of the Donetsk region of Ukraine in October increased by 8.1%
JSC «Dneprotyazhmash» Has Made Its First Matte Ladle
On this topic
Steel production in September 2020
Interpipe has improved its financial results due to growth in demand for railway products
Metallurgical production in Donetsk region in October fell by 13.5%
In October of 2019 southern GOK increased its concentrate production by 7%
World steel production in September fell by 0.3%
Mechanical engineering remains the locomotive of industrial production growth in the Donetsk region
Add a comment
Сomments (0)
News Analytics
Hydrogen trains in Austria received approval for operation on passenger lines01-12-2020, 19:01
Metinvest is recognized as one of the most sustainable companies in Ukraine01-12-2020, 18:38
Nord Stream 2 will complete construction of the Russian ship Akademik Chersky -01-12-2020, 17:49
Russia did not mind replacing natural gas with hydrogen in Ukrainian transit in01-12-2020, 15:55
Rostec quadrupled the engine resource for the Yak-13001-12-2020, 15:35
European Union scrap collectors worried about possible export restrictions18-11-2020, 10:41
Occupational diseases of workers in the extractive industry: types and ways to16-11-2020, 17:49
Eurofer expects recovery in EU steel demand05-11-2020, 09:47
Hot rolled carbon steel demand will continue to grow by 4% pa until 203004-11-2020, 16:14
Platts Steel Trade Review: China Will Decide Asia's Fate30-10-2020, 10:04
Sign in with: