Investments in the implementation of Ukraine's "green" EU policy will lead the country's economy to technological progress, according to the energy holding of Rinat Akhmetov. 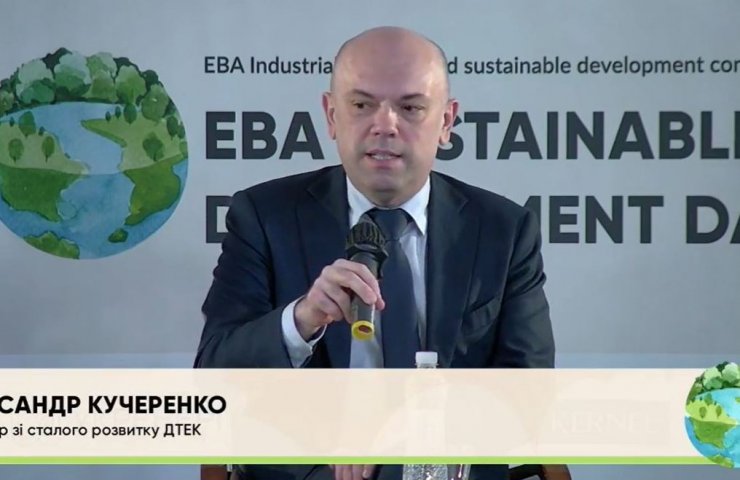 Ukraine's orientation towards the Green Deal goals (the “Green Agreement” of the European Union aimed at decarbonizing the block's energy, -ed.) is a practical implementation of the European integration vector of state development, said Alexander Kucherenko, Director for Sustainable Development of DTEK, speaking at European Business Association.

He noted that DTEK is actively working to achieve the Green Deal goals in the context of decarbonization, the development of renewable energy sources and the transformation of coal regions.

“DTEK has approved its Sustainable Development Strategy until 2030, which takes into account the main elements of the European green course. We understand that decarbonization is not a political slogan or a fashion trend, but a condition for business development. That is why, in our corporate strategy, we set ourselves an ambitious goal - to decarbonize electricity production by 2040, ”said DTEK's director of sustainable development.

A. Kucherenko also recalled that DTEK has already invested 1.2 billion euros in the development of green generation in Ukraine and currently has 1 GW of wind and solar power plants under its management. “Also in November 2019, DTEK Renewables were the first in Ukraine to issue green Eurobonds in the amount of 325 million euros, which are also aimed at increasing the share of renewable sources in Ukraine,” he said.

In addition, in his speech, A. Kucherenko paid attention to the issues of a fair transformation of coal regions. “At present, DTEK's thermal power plants and mines employ about 40 thousand people. Taxes paid by DTEK enterprises make up 60% of the budget of 18 monocities. That is why the planned and gradual decarbonization of the energy sector is an extremely important issue, because the well-being of thousands of families and dozens of settlements will depend on this, ”said DTEK's Sustainable Development Director.

A. Kucherenko also expressed his conviction that investments in Ukraine's implementation of the EU's green policy will lead the country's economy to technological progress: it will become more energy efficient and innovative.

Recommended:
LADA has set an absolute record for the number of cars sold per month
CO2 concentration in Earth's atmosphere reaches record levels again
All Maserati will be electric cars in five years
On this topic
Ukraine is a priority partner in the implementation of the European hydrogen strategy
DTEK joined the European initiative on transition to hydrogen fuel
European Commission: Ukraine should continue investing in renewable energy
Stopped nuclear power plants and mines. What's going on in the energy sector of Ukraine?
The European Commission today presented a strategy of "green" transition
The Ukrainian government announced the "decentralization of European integration"
Add a comment
Сomments (0)
News Analytics
All vessels involved in the construction of Nord Stream-2 returned to the port28-11-2020, 16:43
IMF denies emergency financial aid to Kiev28-11-2020, 10:31
Biden's Production Plan Requires Significant Increase in U.S. Mineral Production28-11-2020, 10:35
SE "VostGOK" promises to pay off wage arrears by the end of next week27-11-2020, 22:39
Ukraine is losing leadership in the EU rapeseed import market due to the27-11-2020, 18:50
European Union scrap collectors worried about possible export restrictions18-11-2020, 10:41
Occupational diseases of workers in the extractive industry: types and ways to16-11-2020, 17:49
Eurofer expects recovery in EU steel demand05-11-2020, 09:47
Hot rolled carbon steel demand will continue to grow by 4% pa until 203004-11-2020, 16:14
Platts Steel Trade Review: China Will Decide Asia's Fate30-10-2020, 10:04
Sign in with: