Yuzhmash: "human factor" could be the reason for the failure of Vega rocket launch

The unsuccessful launch of the carrier rocket with the Ukrainian engine, according to preliminary data, was caused by an error in the installation of the propulsion unit on the upper stage. 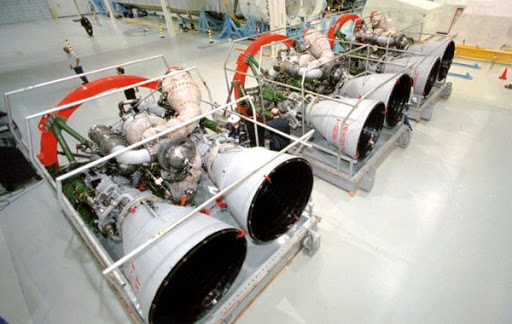 The launch of the Vega launch vehicle, which took place yesterday, November 17, as part of the VV17 mission under the Arianspace program, was unsuccessful. At the final stage of placing the payload into orbit, the upper stage AVUM deviated from the specified trajectory, which subsequently led to the loss of control over it and the declaration of two satellites as lost.

According to the official message Arianspace, it was previously established that the incident was caused by an integration error during the installation of the AVUM overclocking unit.

According to Roland Lagier, CTO of Arianespace, quoted by the press service of Yuzhmash, it was found that the cables leading to the traction control actuators on the upper stage were turned over when the engine was mounted on the upper stage. A cabling issue caused the engine to move the injector in the wrong direction in response to commands from the missile guidance system. This led to the rocket losing control immediately after the launch of the fourth stage engine of the launch vehicle. Laguire described inverted cables as a “human error” rather than a design problem.

The RD-843 main engine block is manufactured at Yuzhmash under a contract with AVIO (Italy) and is supplied to the customer for subsequent installation on the fourth stage of the Vega LV (aka the AVUM upper stage).

“Thus, the cause of the incident is not structural defects of the RD-843 main engine block or defects in its manufacture at Yuzhmash. Moreover, attempts by some biased and unscrupulous media outlets to blame Yuzhmash for the accident are unfounded, ”the company said in a statement.

However, no final conclusions have been made yet. Arianspace said in a statement that “In line with their standard protocols, Arianespace and the European Space Agency (ESA) will establish an independent Experimental Commission chaired by Daniel Neuenschwander, Director of Space Transport at ESA, and Stefan Israel, Executive Director of Arianespace, on 18 November. The panel will provide detailed evidence to explain why action was not taken to detect and correct the integration error.

In connection with the incident, Yuzhmash expressed its support for Arianespace and its cooperation partners.

“The human factor and related failures is an integral part of our joint work. The main thing is to draw the right conclusions and make every effort to prevent similar cases in the future, "Yuzhmash summed up.

Финансовая аналитика, прогнозы цен на сталь, железную руду, уголь и другие сырьевые товары. More news and analytics on Metallurgprom telegram channel - subscribe to get up-to-date market information and price forecasts faster than others.
Сomments
Add a comment
Сomments (0)
On this topic
European space project will provide Ukrainian Yuzhmash with work for the coming years
Yuzhmash told whether it is possible to launch reusable rockets from the Black Sea
Ford will produce 50,000 ventilators in 100 days
Yuzhmash admitted that a Ukrainian engine could be the reason for the failure of the Vega rocket
At "Zaporizhstal" implemented the project of modern street lighting
A launch vehicle with a Yuzhmash engine successfully launched from a cosmodrome in the Atlantic
Recommended:
Russian steel production fell by 6%
Dneprovsky Metallurgical Plant received almost UAH 2 billion in net profit last year
The abolition of export duty in India may reduce the price of Turkish steel
News Analytics
Analysts predict 5% annual growth in the iron casting market through 203006-12-2022, 12:44
Oman to build a new steel plant worth $3 billion in 3 years06-12-2022, 12:14
Tesla's Shanghai gigafactory set a new record for electric vehicle shipments in05-12-2022, 15:24
Sanjeev Gupta may lose control of his steel plants in Belgium05-12-2022, 13:55
Steel demand and weather in Australia will affect coking coal prices05-12-2022, 13:16
Analysts predict 5% annual growth in the iron casting market through 203006-12-2022, 12:44
Commodity prices will fall, metals quotes will rise slightly - Focus Economics28-11-2022, 13:28
Platinum market to face shortage next year - WPIC22-11-2022, 18:25
Global steel demand falls and will fall by 2.3% in 2022: WorldSteel19-10-2022, 23:12
Iron ore prices fall to 11-month low15-10-2022, 10:36
Sign in with: