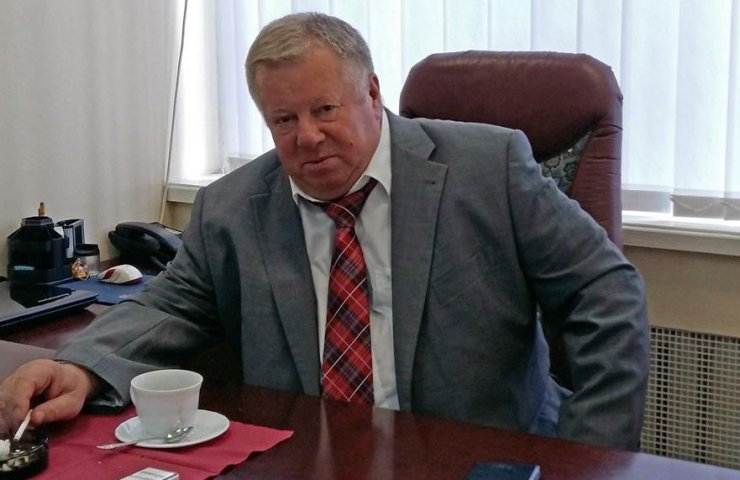 Due to the coronavirus disease COVID-19, the General Director of the Yuzhnoye Design Bureau, Alexander Degtyarev, has died. This was reported by the presidential press service.

“He is one of the most experienced professionals in our aerospace industry. He fully understood how important it is to integrate Ukraine into the global work to expand the capabilities of mankind in space. He succeeded even when the selfishness of Ukrainian politicians prevented them from seeing at least something other than their own benefit, "Zelensky's press service said.

The president noted that Ukraine will definitely restore all its space potential, because it is "a duty to those who saw and fought for a technological and modern Ukraine."

Degtyarev was born on October 31, 1951 in the Kirov region in Russia. Graduated from the Leningrad Mechanical Institute with a degree in aircraft engines. He worked at the Yuzhnoye Design Bureau after graduating from the institute, since 1975. Academician of the National Academy of Sciences of Ukraine, Doctor of Technical Sciences, Academician of the International Academy of Astronautics.

State Enterprise "Design Bureau" Yuzhnoye "them. M.K. Yangel "is one of the most famous and recognized in the world scientific and design enterprises for the development of rocket and space technology.

For more than 50 years KBP has been developing, manufacturing and launching spacecraft for various purposes. Over the years, more than 400 spacecraft of 70 different types have been developed.

Финансовая аналитика, прогнозы цен на сталь, железную руду, уголь и другие сырьевые товары. More news and analytics on Metallurgprom telegram channel - subscribe to get up-to-date market information and price forecasts faster than others.
Сomments
Add a comment
Сomments (0)
On this topic
Max Polyakov's Firefly Aerospace plans two launches of the Alpha space rocket in 2021
Rolls-Royce lost 90 million euros on the sale of the Bergen Engines plant, but did not give it to
Firefly Aerospace ordered at the Pivdenmash missile parts to $ 15 million
"Naftogaz" has filed a lawsuit against the government of Ukraine for the issuance of a
Booster Firefly Aerospace caught fire during testing
Turkey will buy engines for heavy attack helicopters in Ukraine
Recommended:
Brazilian steel industry expects modest growth in 2023: Aço Brasil
Ukraine and the United States announced cooperation in the field of small modular nuclear reactors
Ukraine reduced the export of semi-finished products from carbon steel by 70.3%
News Analytics
Analysts predict 5% annual growth in the iron casting market through 203006-12-2022, 12:44
Oman to build a new steel plant worth $3 billion in 3 years06-12-2022, 12:14
Tesla's Shanghai gigafactory set a new record for electric vehicle shipments in05-12-2022, 15:24
Sanjeev Gupta may lose control of his steel plants in Belgium05-12-2022, 13:55
Steel demand and weather in Australia will affect coking coal prices05-12-2022, 13:16
Analysts predict 5% annual growth in the iron casting market through 203006-12-2022, 12:44
Commodity prices will fall, metals quotes will rise slightly - Focus Economics28-11-2022, 13:28
Platinum market to face shortage next year - WPIC22-11-2022, 18:25
Global steel demand falls and will fall by 2.3% in 2022: WorldSteel19-10-2022, 23:12
Iron ore prices fall to 11-month low15-10-2022, 10:36
Sign in with: