All divisions of the plant, with the exception of the sinter shop, worked the last month of 2020, exceeding the plan. 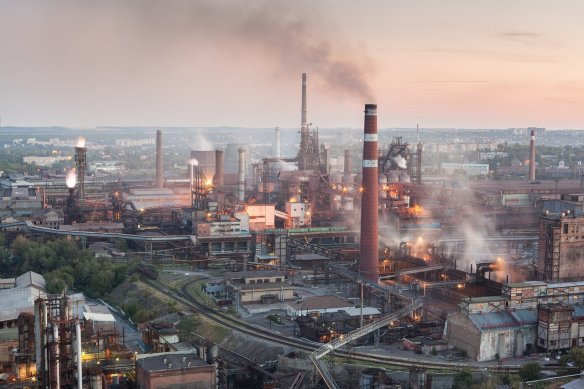 Dnipro Metallurgical Plant (DMK) in December 2020 produced 242,093 tons of commercial metal products, having worked out exceeding the operational target by 1,627 tons. The plant's economic planning department informs about it.

We have completed the December tasks with a plus in the blast furnace, converter and rolling shops. In the sinter shop, the planned target was fulfilled by 98.2%, 363 704 tons of sinter were produced.

Dnieper Steel Works in December shipped 242,662 tons of commercial metal products to customers, which is 4,020 tons (1.7%) more than the set target.

Recommended:
Germany suspended construction permit for Nord Stream 2
YUZHMASH expects the adoption of the new space program of Ukraine in the near future
Shares of "Norilsk Nickel " renewed their all-time high
On this topic
Dnipro Metallurgical Plant exceeded the November production plan by 15%
Dnipro Metallurgical Plant first fulfilled the plan for the production of rolled metal
Dneprovskiy metallurgical plant has reduced steel production by 3.7%
The Dnieper metallurgical plant in April exceeded the production plan
Dneprovsky iron and steel works in January 2020 increased shipments of rolled products 41%
Dneprovskiy metallurgical plant has reduced production of steel in 2019 almost 15%
Add a comment
Сomments (0)
News Analytics
В 2021 году Укрзализныця планирует отремонтировать более 300 локомотивов за 426-01-2021, 15:30
Ukraine has enough "metals of the future" for the development of innovative26-01-2021, 14:40
High-speed railway line will connect the south of Kazakhstan and the capital of26-01-2021, 14:27
In 2021, an analogue of the US Department of Defense Research Projects Office26-01-2021, 11:24
Turkey plans to produce 100 tons of gold annually26-01-2021, 11:15
China will overtake the United States to become the world's largest economy in27-12-2020, 12:04
The shortage in the US steel market will last at least until the end of the25-12-2020, 11:36
Steel production in China to surpass one billion tons this year23-12-2020, 10:59
Iron ore prices hit seven-year high and continue to rise15-12-2020, 10:26
Prices for metallurgical raw materials continue to rise in regional markets10-12-2020, 11:32
Sign in with: