The State Space Agency of Ukraine has promised to do everything possible to launch the Sich 2-1 satellite into orbit in the year of the 30th anniversary of Ukraine's Independence. 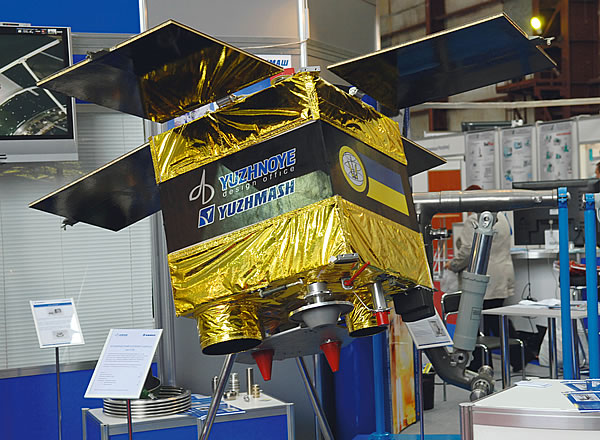 State Space Agency of Ukraine stated that as of early December 2020, the project of the CS ERS "Sich 2-1" was in a frozen state, without funding and even proposals for funding, without any agreements on the launch of the satellite and its operation in orbit.

“The opportunity to fulfill the task of the President of Ukraine Volodymyr Zelensky appeared only after the work that the leadership of the SCA and the Yuzhnoye Design Bureau, together with other structures, carried out over the past 2 months and continues at an accelerated pace until now. Statements by officials about events or works in which the latter did not participate or information about which is lacking threaten the prestige of state authorities and return society to the Soviet period, when slogans were more important than truth, ”the agency said in a statement.

The State Space Agency of Ukraine intends in the future to inform the public about the progress of work on the creation and launch of the Sich 2-1 satellite and the ground segment in order to avoid manipulation and distortion of information.

"This endangers not only the completion of work on the satellite, but also sows doubts about the institutional ability of the authorities to perform the functions assigned to them, definitely does not contribute to the international image of Ukraine", - noted at the State Space Agency.

GKA, Design Bureau "Yuzhnoye" them. M.K. Yangel, NTsUIKS and other related structures of the space industry promise to do everything possible to launch the Sich 2-1 satellite into orbit in the year of the 30th anniversary of Ukraine's independence, in accordance with the task set by the President of Ukraine.

Recall that Oleg Urusky said that Ukraine is negotiating with Ilona Mask's SpaceX regarding the joint launch of the Sich 2-1 satellite in December 2021.

“We are currently working intensively with a potential company that provides launch services. Because we really have a window to launch the device in December 2021 with the help of a foreign operator, which in this case is SpaceX, ”the minister said.

The Sich-2-1 satellite is being developed within the framework of the National Target Scientific and Technical Space Program of Ukraine and is intended to obtain digital images of the Earth's surface in the visible and near infrared ranges of electromagnetic waves, as well as to monitor the parameters of the Earth's ionosphere. p>

Финансовая аналитика, прогнозы цен на сталь, железную руду, уголь и другие сырьевые товары. More news and analytics on Metallurgprom telegram channel - subscribe to get up-to-date market information and price forecasts faster than others.
Сomments
Add a comment
Сomments (0)
On this topic
The imposition of sanctions against Chinese investors in Motor Sich came as a surprise to
The State Space Agency of Ukraine has identified 6 key objectives of the space program
The State Space Agency and the Cadastral Service of Ukraine agreed on cooperation
Space Agency of Ukraine plans to sign a Memorandum of cooperation in space with Malaysia
Alexander Yaroslavsky called for an end to the violation of the rights of Chinese investors in
The management of Ukrzaliznytsia held negotiations on cooperation with representatives of Deutsche
Recommended:
Analysts predict 5% annual growth in the iron casting market through 2030
Oman to build a new steel plant worth $3 billion in 3 years
Ukraine delivered 86,000 tons of iron ore to Turkey in September - TUIK
News Analytics
ArcelorMittal launches flagship carbon capture and recycling project in Belgium08-12-2022, 14:59
The South Korean government "ordered" the striking truckers to return08-12-2022, 11:04
India expands RoDTEP export incentive scheme to steel and iron08-12-2022, 10:28
Volkswagen Anhui's first pre-production NEV rolled off the assembly line08-12-2022, 10:17
Chinese steel exports up 28.2% - customs data07-12-2022, 23:43
Analysts predict 5% annual growth in the iron casting market through 203006-12-2022, 12:44
Commodity prices will fall, metals quotes will rise slightly - Focus Economics28-11-2022, 13:28
Platinum market to face shortage next year - WPIC22-11-2022, 18:25
Global steel demand falls and will fall by 2.3% in 2022: WorldSteel19-10-2022, 23:12
Iron ore prices fall to 11-month low15-10-2022, 10:36
Sign in with: