The arrest of Viktor Medvedchuk's property in accordance with the decision of the National Security and Defense Council of Ukraine and, in particular, the oil product pipeline, has an indirect impact on the situation with the supply of diesel fuel for Ukrzaliznytsia. 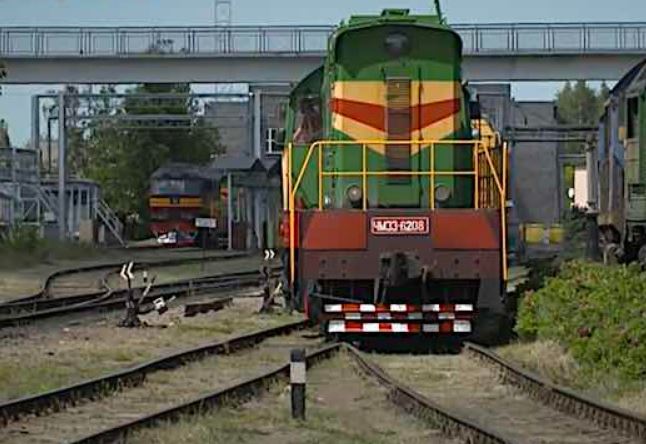 Ukrzaliznytsia has decided on the supply of diesel fuel for the next period. An agreement has already been reached with suppliers to restore its supply. This was announced by the acting. Ivan Yurik, Chairman of the Board of JSC "Ukrzaliznytsia".

“Now Ukrzaliznytsia and fuel suppliers are coordinating plans for its shipment. Therefore, the issue of diesel fuel has been resolved for the near future, ”said the head of Ukrzaliznytsia.

Ukrzaliznytsia is working to ensure the stable operation of railway transport and is taking measures to ensure the uninterrupted provision of the required volume of fuel for the long term, the press service of the company commented.

Recall that on April 19, Ukrzaliznytsia announced that due to the refusal of suppliers to ship fuel under the concluded contracts, the company has a supply of diesel fuel for only four days.

In February, the National Security and Defense Council of Ukraine decided to impose sanctions on 19 legal entities and eight individuals, including MP Viktor Medvedchuk and his wife Oksana Marchenko.

The subsequent arrest of Medvedchuk's property and, in particular, the oil product pipeline had an indirect impact on the situation with the supply of diesel fuel for Ukrzaliznytsia. According to the Minister of Infrastructure Vladislav Krikliy, suppliers are ready to participate in new tenders and conclude new agreements, but under new conditions.

According to experts, in May Ukraine may face a shortage of diesel fuel due to the planned maintenance of the Belarusian Mozyr oil refinery, which coincides with the stoppage of supplies from the plants of the Russian "Rossneft".

Recommended:
Turboatom manufactured the main equipment for the hydraulic turbine of the Kremenchug HPP
ArcelorMittal Kryvyi Rih welcomed World Day for safety and health at work with new overalls
Tesla's revenue doubles, allowing it to end the first quarter with a record profit
On this topic
Ukrzaliznytsia increases employee salaries by 10% from June 1
Metinvest extended maturity of bonds
S&P rating agency upgraded Ukrzaliznytsia's credit rating to 'B-'
How the reform of the electricity market in Ukraine can lead to a collapse and what to do about it
Prutenskii car repair plant will be the flagship of the Ukrainian car building, the head of
Ukrzaliznytsia plans to start serial production of brake pads
Add a comment
Сomments (0)
News Analytics
Volodymyr Zelenskyy signed a law to extend the export duty on ferrous scrap16-05-2021, 09:29
China's Tianwen 1 spacecraft successfully landed on Mars15-05-2021, 12:56
British law enforcement officials accused Liberty Steel and GFG Alliance of15-05-2021, 12:03
Chip shortage will cost the global auto industry $ 110 billion in revenue in14-05-2021, 12:15
Zaporizhzhya Dneprospetsstal expands international partnership14-05-2021, 11:17
The current state of the market is ideal for the sale of rolled steel - IREPAS04-05-2021, 18:41
Global hydrogen demand to grow 7-fold by 2070 - PwC21-04-2021, 12:31
World Steel Association predicts a good year for metallurgists15-04-2021, 18:19
World Steel Association defines green steel and its variations12-04-2021, 13:14
China unlikely to cut steel capacity in 2021 due to high steel prices07-04-2021, 12:11
Sign in with: