Russian entrepreneur Yevgeny Yurchenko will deal with the problems with the payment of wages at metallurgical enterprises operating in the territory of Donbass not controlled by Kiev. 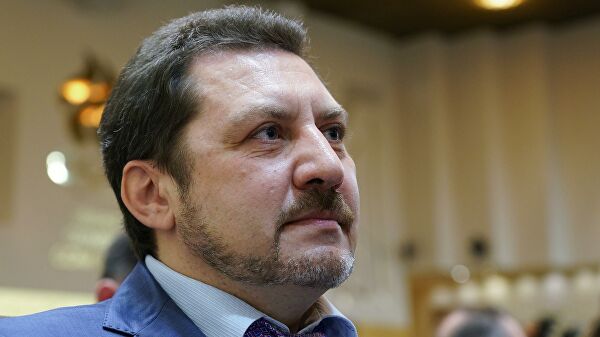 Metallurgical assets on the territory of Donetsk and Lugansk regions of Ukraine not controlled by Kiev are taken from Sergey Kurchenko and transferred to the management of Russian businessman Yevgeny Yurchenko, who in 2009-2010 headed Svyazinvest. reports Kommersant.

The transferred plants have been controlled by Sergei Kurchenko since 2017, but as a result, the enterprises have wage arrears, which the new investor will have to pay off. In total, external management was introduced at 43 metallurgical enterprises that were owned by Ukrainian companies before the conflict in Donbass.

Evgeny Yurchenko has undertaken to pay wage arrears, and the first tranche in the amount of arrears for the last month will be paid by the end of this week.

The problems of metallurgical enterprises in the temporarily occupied part of Donbass are indirectly indicated by the reduction in the supply of pig iron through Russian ports to Turkey in a high market environment.

In 2020, exports decreased by one and a half times, to 287 thousand tons, although over the past year, pig iron has risen in price from $ 350 to $ 550 per ton (FOB Black Sea). This may be due to underfunding of current repairs and non-payment of salaries to staff.

Evgeny Yurchenko is a Russian businessman, former Acting Deputy Governor of the Voronezh Region (2018). Born May 14, 1968 in Voronezh. Former CEO of the Russian state-owned company Svyazinvest (2009-2010), President of the Financial Assets Management Company (2011-2016), since 2016 - Member of the Board of Directors of PJSC United Aircraft Corporation. In 2020, he headed the All-Russian Athletics Federation (ARAF), but resigned four and a half months later.

Recommended:
Metinvest and Primetals Technologies signed a memorandum of cooperation on decarbonization issues
Ukraine and the European Union signed a Memorandum on the supply of strategically important raw materials and metals
Ukrainian stainless pipe manufacturer spends 50% of investment on environmental projects
On this topic
Trade unions threaten the Ukrainian authorities with an all-Ukrainian strike of miners
Miners block traffic in the city of Mirnohrad demanding wages
The presidents of Ukraine and Switzerland visited the KP "Water of Donbass"
In Luhansk region the miners refused to come to the surface
Fitch: steel production in Ukraine will not come to pre-war levels
Heating season in Ukraine: where there can be problems with heat and why
Partner news
Сomments
Add a comment
Сomments (0)
News Analytics
Workers of Novokramatorsk Machine-Building Plant vaccinated with American27-07-2021, 15:01
Kharkov plant "Turboatom" can be renamed to "Ukrainian power machines"27-07-2021, 15:33
At least one person died and four went missing in an explosion at a chemical27-07-2021, 15:25
A powerful explosion thundered at the Bayer chemical plant in the German city27-07-2021, 12:56
Steel raw materials prices decline in all regional markets27-07-2021, 11:57
Steel raw materials prices decline in all regional markets27-07-2021, 11:57
On the regional markets of metallurgical products, prices are balancing in a22-07-2021, 16:22
Demand for armaments will ensure a stable growth of armored steel sales by 4%20-07-2021, 10:10
Protectionist Measures Support European Steel Prices Despite Summer Lull19-07-2021, 11:02
Positive price growth is observed in the markets for metallurgical products16-07-2021, 14:12