The plant promised to take into account the wishes of passengers in the development of technical documentation, and, consequently, to receive modern cars at the exit, in which everything will be provided for the comfort of passengers to the smallest detail. 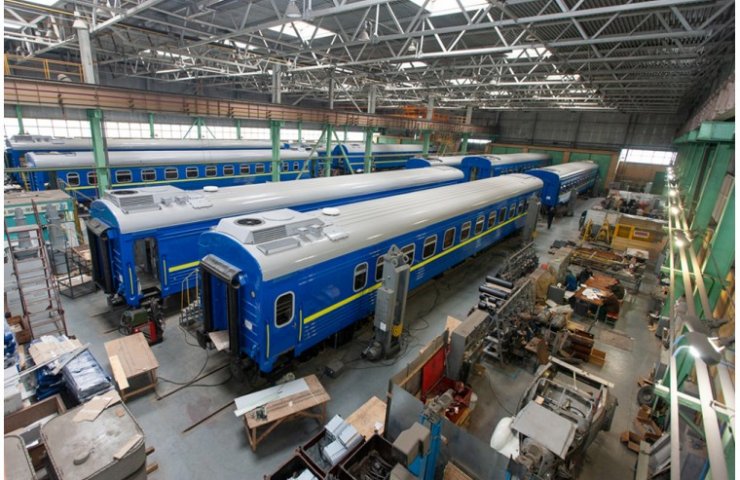 On June 25, 2021, Ukrzaliznytsia JSC and Kryukovsky Carriage Works JSC signed an agreement No. 431/2021-ETU for the supply of 100 passenger cars. For the first time in the history of Ukraine, such a number of wagons will be purchased at the expense of the state budget. The agreement provides for the supply of wagons in 2021-2022.

This is the second largest contract with Ukrzaliznytsia for the supply of passenger cars manufactured by KVSZ. The largest - for 112 wagons - was concluded in March 2008.

Recall that on June 23, Ukrzaliznytsia announced that in 2021-2023, 40.4 billion hryvnia could be allocated from the State Budget of Ukraine for the renewal of passenger rolling stock. Recently, the Antimonopoly Committee recognized that the allocation of these funds is an acceptable state aid to Ukrzaliznytsia.

“In the near future, KVSZ is ready to present to the scientific and technical council of Ukrzaliznytsia new promising models of passenger rolling stock, locomotive-hauled cars, high-speed electric trains replacing the EKR1 series trains, suburban electric trains, diesel trains. We hope that Ukrzaliznytsia will resume the work of the scientific and technical council, over the past three years it has practically not considered these extremely important issues, "said Vladimir Prikhodko, Chairman of the Supervisory Board of KVSZ PJSC.

Recommended:
Demand for armaments will ensure a stable growth of armored steel sales by 4% per year until 2031
Dniprovsky Metallurgical Plant did not fulfill the planned target for the production of metal products
Ukroboronprom doubled purchases through Prozorro to UAH 6 billion
On this topic
The Antimonopoly Committee of Ukraine has unblocked the purchase of passenger cars by Ukrzaliznytsia
Krukovka Carriage Works has sent a 1,500th mineral locomotive to a Belarusian customer
Yuzhmash told whether it is possible to launch reusable rockets from the Black Sea
Vladimir Zelensky invited to adopt a programme of industry support of Ukraine
Kvsz: uz refuses to buy Ukrainian diesel trains
Ukrzaliznytsia plans to purchase in 2020 of 26 new passenger cars
Partner news
Сomments
Add a comment
Сomments (0)
News Analytics
ArcelorMittal Raises Global Steel Consumption Forecast in 2021 from 5.5% to 8.5%29-07-2021, 10:10
Gas prices in Europe renewed record highs and approached $ 500 per thousand29-07-2021, 09:13
Boeing changes its mind about laying off 10,000 workers with first quarterly28-07-2021, 16:38
Explosion at a chemical plant in Germany: "There is no hope of finding the28-07-2021, 16:59
Czech government invests 2 billion euros in the construction of a giant battery28-07-2021, 14:13
Steel raw materials prices decline in all regional markets27-07-2021, 11:57
On the regional markets of metallurgical products, prices are balancing in a22-07-2021, 16:22
Demand for armaments will ensure a stable growth of armored steel sales by 4%20-07-2021, 10:10
Protectionist Measures Support European Steel Prices Despite Summer Lull19-07-2021, 11:02
Positive price growth is observed in the markets for metallurgical products16-07-2021, 14:12