It is likely that with such dynamics, the export of scrap metal by the end of 2021 will exceed 1.5 million tons, so Ukrainian metallurgists are seeking a complete ban on its export until the end of 2023. 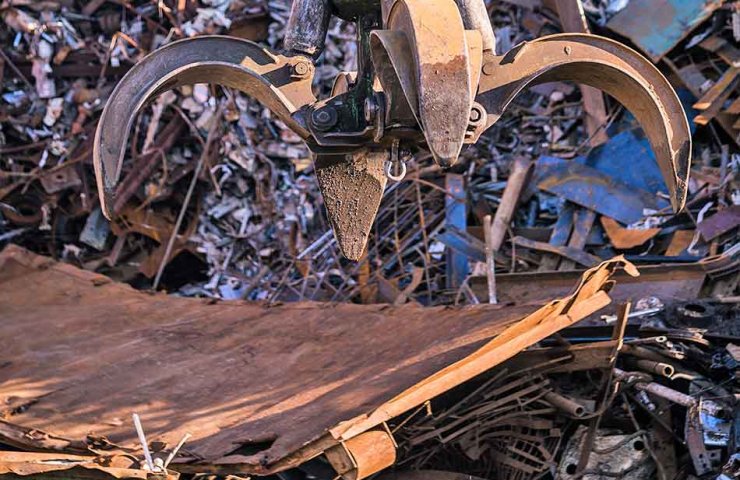 Ukrainian enterprises in January-June of this year increased the export of ferrous scrap by 13.7 times compared to the same period last year - up to 230.97 thousand tons, including 84.63 thousand tons of scrap in June .

According to statistics released by the State Customs Service, in monetary terms, the export of scrap metal increased 19.2 times - up to 82.86 million dollars, Interfax-Ukraine reports.

Earlier it was reported that the Cabinet of Ministers may introduce a temporary ban on the export of scrap metal if the European Union applies such measures.

Recall that the metallurgical lobby of Ukraine called on the government to immediately impose a ban on the export of scrap metal for 3 years. A corresponding appeal was sent to Prime Minister Denis Shmyhal by the impoverishment of Ukrmetallurgprom and Turboprom. Later, they were joined by the electric steel-making complex "Interpipe Steel" of the international vertically integrated tube-and-wheel company "Interpipe" (Dnipro), which melts steel in electric furnaces and consumes scrap metal as raw materials.

Финансовая аналитика, прогнозы цен на сталь, железную руду, уголь и другие сырьевые товары. More news and analytics on Metallurgprom telegram channel - subscribe to get up-to-date market information and price forecasts faster than others.
Сomments
Add a comment
Сomments (0)
On this topic
ArcelorMittal Kryvyi Rih will insure its employees against suspected coronavirus
Demand for pipes collapsed in Ukraine - Interpipe
Dnipro Metallurgical Plant first fulfilled the plan for the production of rolled metal
Electricity prices declined, but too early to relax - ArcelorMittal Krivoy Rog
Spikes in prices for scrap on the world market is a temporary phenomenon - expert opinion
Buy Russian electricity for six Ukrainian companies
Recommended:
Interpipe mastered a new type of railway wheels for the EU market
Russian lead production plants are on the verge of closing due to a complete halt in exports
The European Parliament tightened the requirements for the Frontier Carbon Adjustment Mechanism CBAM
News Analytics
The Belarusian steel plant was visited by the Ambassador of Kazakhstan to06-07-2022, 17:44
US steel prices fall to December 2020 levels06-07-2022, 13:40
Interpipe mastered a new type of railway wheels for the EU market06-07-2022, 12:15
Tesla in the second quarter reduced the supply of cars by 18%04-07-2022, 10:24
Steel prices fall due to weakening European demand and problems in China04-07-2022, 10:40
High iron ore shortage could halt metallurgy's green transition28-06-2022, 14:02
Price volatility hits global steel market27-06-2022, 19:28
Recovery in China could be key to rising global steel prices - MEPS24-06-2022, 14:00
Conflict in Ukraine spurs Europe's drive for clean energy03-06-2022, 12:14
US steel market sentiment becomes more price neutral05-05-2022, 10:15
Sign in with: