The ministry made a forecast for steel smelting in Ukraine in 2021 based on data summarized by the Ukrmetallurgprom association of enterprises. 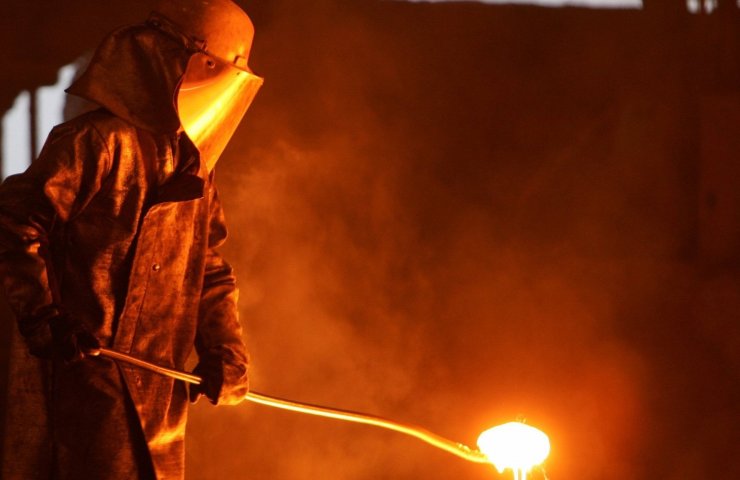 By the end of 2021, Ukrainian metallurgical enterprises are expected to increase steel production by 6% year-on-year to 21.894 million tonnes.

According to the reference documents of the Ministry of Economy held by Interfax-Ukraine, the production of general-purpose rolled products will increase by 5% to 19.411 million tons, pig iron smelting - by 6% to 21.727 million tons.

The forecast is based on production indicators for January - June 2021, summarized by the Ukrmetallurgprom association, the ministry said in a statement.

At the same time, the agency's interlocutor said that if the existing trends continue, the supply of scrap metal to metallurgical enterprises in 2021 will increase by 14%, to 3.31 million tons.

Recall that according to Ukrmetallurgprom, in the first half of this year, steel production in Ukraine increased by 7.4%, finished metal products output - by 6.6%. Pig iron smelting also increased - by 8.0% and the output of pipe metal products - by 17.4%.

Recommended:
Energomashspetsstal handed over to the customer 8 blanks for the Kudankulam NPP project
French Total took control of 6 Ukrainian solar power plants
Yuzhmash signed a memorandum of cooperation with the Saudi company National Building & Marketing Co
On this topic
Ukraine will increase imports of diesel fuel from Lithuania, Hungary and Turkey - Ministry of
Real drop in Ukraine's GDP in 2020 turned out to be lower than predicted - Ministry of Economy
The Ministry of Economy of Ukraine presented a study of energy consumption for metal processing
Russia and Ukraine managed to do without Belarus in matters of direct coal supplies
Audit of the State Reserve of Ukraine confirmed the total plundering of reserves - Ministry of
At Turboatom presented the achievements of the economy of Ukraine in the last 100 days
Partner news
Сomments
Add a comment
Сomments (0)
News Analytics
Metinvest is ready to pay more than 9 billion hryvnia for the Dnieper steel26-07-2021, 13:01
Cherkassk Azot by Dmitry Firtash completed the modernization of the ammonia26-07-2021, 13:45
Rinat Akhmetov's engineering holding Corum Group focuses on export26-07-2021, 13:11
Tesla's Berlin Gigafactory to be fined for installing devices not approved by26-07-2021, 12:35
The capacity of private solar power plants in Ukraine approached 1 gigawatt26-07-2021, 11:42
On the regional markets of metallurgical products, prices are balancing in a22-07-2021, 16:22
Demand for armaments will ensure a stable growth of armored steel sales by 4%20-07-2021, 10:10
Protectionist Measures Support European Steel Prices Despite Summer Lull19-07-2021, 11:02
Positive price growth is observed in the markets for metallurgical products16-07-2021, 14:12
European steel market is in confusion: price growth has slowed down, but no one21-06-2021, 17:40