Seasonal decrease in demand for flat products and sufficient stocks of leading importers had a negative impact on prices for pig iron in July in all regional markets. 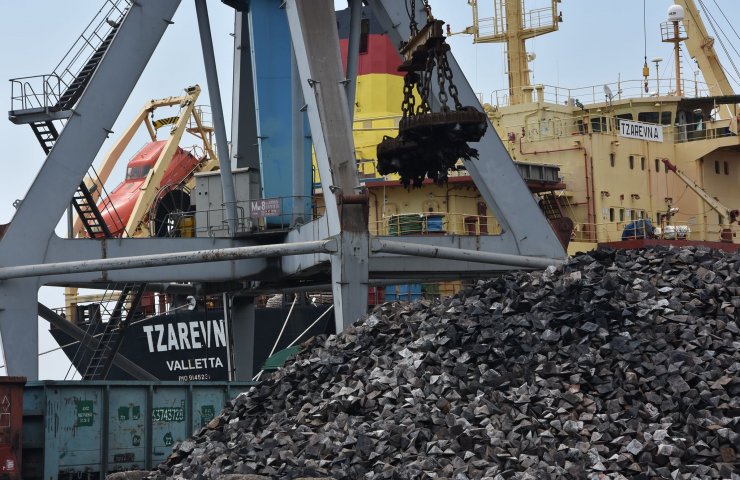 There were practically no deals on the US market, local manufacturers took a wait-and-see attitude until the further trend in the segment of finished products was fully clarified. A significant decrease in demand did not force suppliers to reduce prices, since the cost of production of the material remains quite high. As of the beginning of the second decade of July, the average market price is $ 605 /t at the ports of New Orleans.

In Turkey, the cost of pig iron also went down under the negative impact of cheaper scrap metal and a fairly high supply of raw materials from Russian and Ukrainian traders. The current price range is 590-595 $ /t cif.

According to the forecasts of Ukrpromvneshexpertiza analysts, in the coming weeks, the iron market is expected to continue to decline in value under the influence of several factors. Firstly, due to the high probability of falling scrap prices and bringing stocks up to the normative level. Secondly, the pressure on the quotes will be exerted by the low demand for finished rolled products. At the same time, experts do not expect a significant reduction in prices due to the limiting factor of the high cost of production of the material.

After a short increase, scrap prices resumed their decline under pressure from weak demand for rebar and wire rod, as well as strong supply from US and European suppliers.

In the Turkish market, prices for scrap of all brands in the second decade of July fell by $ 5 due to the difficulties of the factories with the sale of long products and billets. Successful negotiations with scrap suppliers enabled importers to further reduce the level of purchase prices to $ 475 /t cif. However, such prices are not yet acceptable for traders due to the high cost of purchasing scrap metal in the domestic markets of their countries. Currently, the working price range is 480-490 $ /t cif for scrap HMS 1 & 2 (80:20).

In the Asian market, scrap metal quotes also began to decline following the global dynamics. Local buyers have fairly high stocks of material available, which allows them to temporarily reduce purchases to a minimum. As a result, the cost of HMS1 scrap metal dropped to $ 470 /t cif ports in South Korea.

The UPE experts predict that in the near future the scrap metal quotes will continue to move downward due to the importing of the balances to the normative level and the overheating of the market. The increase in supply from the US and EU exporters will also exert pressure on prices. However, the decline in prices will not be significant - low rates of scrap collection in the United States and high prices in the domestic markets of the largest exporting countries will limit the scale of the decline.

Финансовая аналитика, прогнозы цен на сталь, железную руду, уголь и другие сырьевые товары. More news and analytics on Metallurgprom telegram channel - subscribe to get up-to-date market information and price forecasts faster than others.
Сomments
Add a comment
Сomments (0)
On this topic
"Naftogaz" has filed a lawsuit against the government of Ukraine for the issuance of a
The end of July brought a decline in prices in all regional markets for steel raw materials
The Ukraine-EU summit may be postponed again - the head of the European Commission went into
Downward price trend begins in steel markets
Weakening demand will negatively affect quotations of steel raw materials
The Eurasian Commission has announced the final amount of duties on Ukrainian zinc
Recommended:
Stopped Zaporizhzhya NPP will not resume operation until the shelling stops
Ukraine's foreign exchange earnings from the export of ferrous metals decreased by $4 billion
European non-ferrous metal producers demand action on rising energy prices
News Analytics
Tata Steel merger plan to secure long-term profits03-10-2022, 10:46
US hydrogen prices to drop to zero dollars per kg in 5 to 6 years: Platts02-10-2022, 21:53
The production of passenger cars in Russia decreased by 2.8 times in eight29-09-2022, 11:19
Donetsk and Torez electrotechnical plants will start producing electrical29-09-2022, 11:37
Ukrainian coking plants reduced gross coke production by 55.2%29-09-2022, 11:28
China production cuts in winter will give limited boost to steel markets -15-09-2022, 10:09
Steel prices may rise as manufacturers stop production11-09-2022, 14:06
IREPAS: The global long products market is in a "dramatic situation"10-09-2022, 20:49
Steel prices are unlikely to rise significantly in the near future - analysts02-09-2022, 22:58
Steel prices may move up on new data from China31-08-2022, 12:19
Sign in with: