On October 7, trade unions will lead people to an all-Ukrainian protest action

The reason for the protests was the legislative initiatives of the Ukrainian authorities on the liberalization of labor relations. 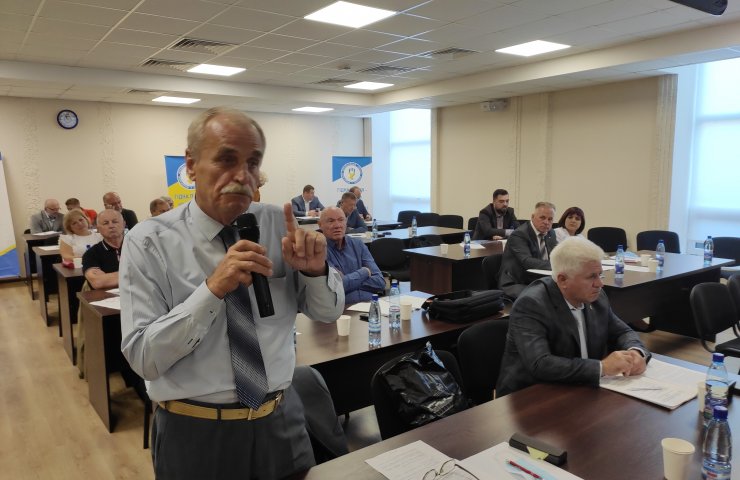 On September 14, at a meeting of the Presidium of the Federation of Trade Unions of Ukraine, it was decided to hold an all-Ukrainian mass protest action in Kiev on October 7 against the promotion of anti-social, anti-labor and anti-union legislative initiatives. This is stated in message on the Federation website.

In the absence of a response from the authorities to the demands of the trade unions, it was decided to hold large-scale protests in defense of the labor rights of workers in all regions of the country, the trade union warned.

“We have always defended the position that the observance of the labor rights and interests of the employee is the path to the European development of the country,” said Grigory Osovoy, Chairman of the Open Society of Trade Union Associations, Chairman of the FPU, in his speech. - But, as we learned, at the conciliation council of the Verkhovna Rada of Ukraine, anti-labor bills were introduced into the agenda of the first autumn meeting of parliament: “On Amendments to Some Legislative Acts Concerning Deregulation of Labor Relations” No. acts to simplify the regulation of labor relations in the field of small and medium-sized businesses and reduce the administrative burden on entrepreneurial activity ”No. 5388, violating the constitutional rights of workers and their trade union representatives. And this is despite the fact that the Federation of Trade Unions of Ukraine and national trade unions have repeatedly conveyed their position to the President, the Government of Ukraine, the leaders of parliamentary factions and groups regarding workers' rejection of extreme forms of liberalization of labor relations ”.

Hryhoriy Osovoy stressed that the UN Socioeconomic Committee, the International Labor Organization, in their official messages, had repeatedly warned the leadership of the Ukrainian state against unconditional liberalization of labor relations that violate human rights and international obligations of Ukraine.

Финансовая аналитика, прогнозы цен на сталь, железную руду, уголь и другие сырьевые товары. More news and analytics on Metallurgprom telegram channel - subscribe to get up-to-date market information and price forecasts faster than others.
Сomments
Add a comment
Сomments (0)
On this topic
Metallurgists of Ukraine require the government to withdraw the draft law "On labour"
Revised draft law on support of the extractive industry of Ukraine sent to parliament
Ukraine detensive the scrap metal market in the spring
ArcelorMittal Kryvyi Rih will raise salaries by 10% in two stages if it receives the consent of the
In "Bogdan" said that can establish mass production of modern electric vehicles
Workers of uranium mining mines in Ukraine are preparing new protests
Recommended:
Mining enterprises of Ukraine reduced the export of iron ore by 38.9%
Ukraine and the United States announced cooperation in the field of small modular nuclear reactors
Dneprovsky Metallurgical Plant received almost UAH 2 billion in net profit last year
News Analytics
Analysts predict 5% annual growth in the iron casting market through 203006-12-2022, 12:44
Oman to build a new steel plant worth $3 billion in 3 years06-12-2022, 12:14
Tesla's Shanghai gigafactory set a new record for electric vehicle shipments in05-12-2022, 15:24
Sanjeev Gupta may lose control of his steel plants in Belgium05-12-2022, 13:55
Steel demand and weather in Australia will affect coking coal prices05-12-2022, 13:16
Analysts predict 5% annual growth in the iron casting market through 203006-12-2022, 12:44
Commodity prices will fall, metals quotes will rise slightly - Focus Economics28-11-2022, 13:28
Platinum market to face shortage next year - WPIC22-11-2022, 18:25
Global steel demand falls and will fall by 2.3% in 2022: WorldSteel19-10-2022, 23:12
Iron ore prices fall to 11-month low15-10-2022, 10:36
Sign in with: