following the script of the escalation of the coronavirus group, the leading steel industry of the United States urged Congress to include a significant investment in infrastructure in another stimulus package to help the country recover. 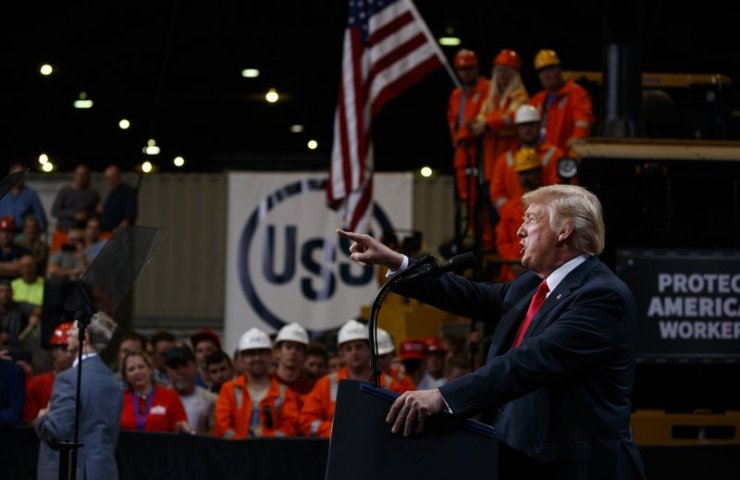 Coronavirus strike in the steel industry of the United States, which at the beginning of 2019 faced a sharp fall in domestic steel prices and the devastating effects of a trade war with China.

At the end of 2019, the steel industry, the US experienced a revival and promotion of American steel companies also received some support from investors on the recovery of prices and lower trade tensions.

However, the deadly outbreak of coronavirus smashed hopes of a recovery in the steel industry of the United States. Over the last couple of months steel prices again came under pressure against a viral crisis. Over the last couple of weeks the benchmark prices for hot-rolled rolling rolled (HRC) declined amid concerns about the fast-spreading pandemic in the United States and fears about slowing demand due to production stoppages by automakers.

the US Automakers announced the termination of production in North America. The big three automakers of Detroit, Ford Motor Company F General Motors Company GM and Fiat Chrysler Automobiles NV FCAU, closed all its North American plants after pressure from the United Auto Workers in terms of viral crisis. Ford recently stated that 14 April, he isn't back in North America, as previously planned, because the virus continues to spread. Fiat Chrysler last week also announced that it will extend the stop of its North American factories until April 14. Shutdown of production will affect the demand for steel in the automotive market, which is the main market for metallurgical enterprises.

meanwhile, the slowdown in steel demand in China, the largest consumer in the world, against the background of fluctuations of the domestic economy is a concern for the steel industry. The coronavirus has caused severe damage to China. The pandemic has slowed activity in the construction sector, a major end use market of steel. The pandemic also harms the automotive sector in China. It is noteworthy that automakers in China are significantly below their production capacities, as the shortage of labour and spare parts delay the recovery.

in addition, the decline in crude oil prices due to price war between Russia and Saudi Arabia, growing supply and weakening demand amid disruptions caused by a coronavirus, is expected to lead to lower demand for steel in the energy sector. Some large energy companies have also reduced their capital spending after the fall in oil prices.

In response to the fall in oil prices and high levels of imports, United States Steel Corp. X recently announced that it will indefinitely idle all or most of tubular operations Lone Star Tubular and Lorain since the end of may. The company is facing challenging conditions in its pipe business, as oil prices remain significantly under pressure, and the number of drilling rigs remains low.

American quotes were also punished by the pandemic. Shares of the largest U.S. steel producers such as US Steel, Nucor Corporation NUE and Steel Dynamics, Inc. STLD, with the beginning of the year fell by about 69%, 41% and 40% respectively. The current situation with weak demand does not look favorable for the growth of steel prices in the U.S. in the short term, which limits the prospects for substantial recovery of steel stocks.