Countries with strong renewable energy potential are becoming potential exporters of green hydrogen, while industrialized countries such as Germany or Japan are more likely to become the largest importers. 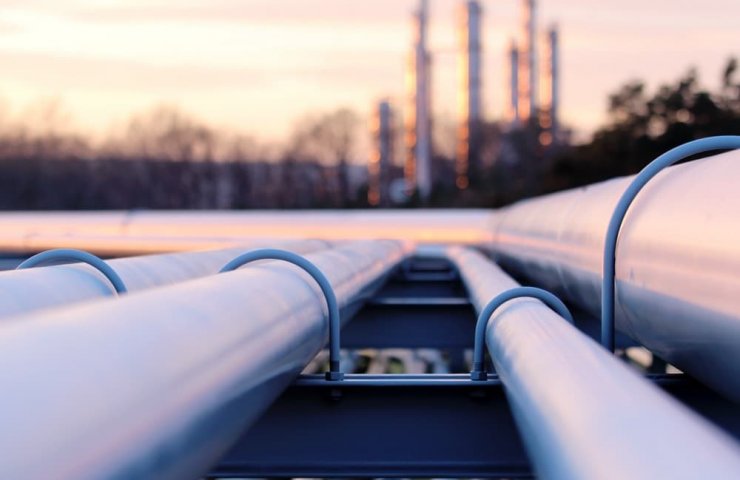 Global efforts to protect the climate will skyrocket hydrogen demand over the coming decades. Building on an ongoing sustainable development trend in which oil, coal and gas are gradually being replaced, global hydrogen demand will almost double between 2019 and 2040 from 2,400 terawatt-hours (TWh) to 4,590 TWh, and hydrogen demand will rise by 2070 seven times to 17,390 TWh. This is stated in a study conducted by a strategic consultant at the audit company PwC.

Green hydrogen can pave the way for climate neutrality where direct use of electricity is not possible or difficult. For example, it can be used to replace a high CO 2 blast furnace process in the steel industry. It is also indispensable in the chemical industry for achieving climate neutrality. The same is true for air transport and for the transport of heavy goods.

This can make a lot of money. One announcement is enough - and the share price skyrockets. When a hydrogen startup goes public, it usually has only one direction: up. Size, turnover or even profit do not matter.

According to a PwC study, hydrogen is mainly used in transportation (30 percent), air travel (20 percent), steel and chemical industries (15 percent) and energy production (15 percent). The rest is spread across various other areas such as the construction sector.

The challenge is to “purposefully stimulate the demand for climate-neutral hydrogen,” says Matthias Witsemann, one of the study's authors. The PwC expert recommends focusing funding "on industrial clusters that are struggling with their own decarbonization."

Steel producers such as ThyssenKrupp, ArcelorMittal or Salzgitter can already produce climate-neutral steel. But they are still waiting for the state to undertake obligations to cover some of the additional costs for upcoming investments and current operations. The relevant companies have important investment decisions to make and therefore need to quickly clarify.

A PwC study predicts that green hydrogen will be "competitive in large quantities by 2030." The premise is that production costs for renewable electricity will fall below $ 20 per megawatt hour (MWh), while CO 2 taxes will rise globally.

The cost of generating electricity from renewable sources in 2030 at $ 20 /MWh seems realistic. In some projects in sunny countries such as Saudi Arabia, this value is even underestimated. Electricity prices are a decisive factor in hydrogen electrolysis. They currently account for 60 to 70 percent of the variable costs of producing green hydrogen, according to PwC.

The massive growth in energy demand for hydrogen production means that countries with great renewable energy potential, such as Canada or Morocco, are becoming potential exporters of green electricity or green hydrogen, ”says PwC. On the other hand, industrialized countries such as Germany or Japan are more likely to become importers.

Availability of water is critical

PwC experts point out one aspect that can interfere with the production of green hydrogen in some cases: "Since 22 liters of water must be used to produce one kilogram of hydrogen, densely populated industrial areas are suitable only as production sites, and to a limited extent," they say PwC experts. Thus, water can become a “location critical”.

However, the availability of water is unlikely to be a major problem. “In regions where there is not enough fresh water or there are fears of an imbalance in the water balance, desalination of seawater is an acceptable option. Desalination costs are manageable. These costs have long been accounted for in related projects, ”said Bernd Heid, a McKinsey hydrogen expert recently. “This will not be a brake on global development,” he said. In addition, salt water electrolysis processes are being investigated.

In order to create hydrogen infrastructure throughout Europe, PwC is focusing on the modernization of existing gas pipelines. However, additional lines are also required. Projects are under preparation, based on the use of the existing infrastructure of the gas network to transport hydrogen in large quantities from the sunny south of Europe to industrial centers in the northwest of the continent.

Финансовая аналитика, прогнозы цен на сталь, железную руду, уголь и другие сырьевые товары. More news and analytics on Metallurgprom telegram channel - subscribe to get up-to-date market information and price forecasts faster than others.
Сomments
Add a comment
Сomments (0)
On this topic
Thyssenkrupp converts one of its blast furnaces to hydrogen
IHS thus the demand for energy and steel has put pressure on coal prices
The world market for rare earth metals will grow by 10.4% per year
Platts: Real steel demand in China will fall by 36% in the first quarter
Growing demand for steel will drive demand for metallurgical coke
Structural steel market capacity to grow by 5 percent per year until 2025
Recommended:
India plans measures to stimulate domestic steel exports
Ukraine reduced the export of semi-finished products from carbon steel by 70.3%
Platinum market to face shortage next year - WPIC
News Analytics
Australia and the UK aim to catch up and overtake China in the battery metal26-11-2022, 22:37
The United States imposed a ban on the import and sale of equipment from26-11-2022, 22:31
The pipe metallurgical plant in Nikopol continued to work after a short stop26-11-2022, 22:52
The state will not support the export of metals from Russia - Ministry of25-11-2022, 13:18
ArcelorMittal Kryvyi Rih suspends production due to shelling of energy25-11-2022, 12:04
Platinum market to face shortage next year - WPIC22-11-2022, 18:25
Global steel demand falls and will fall by 2.3% in 2022: WorldSteel19-10-2022, 23:12
Iron ore prices fall to 11-month low15-10-2022, 10:36
China production cuts in winter will give limited boost to steel markets -15-09-2022, 10:09
Steel prices may rise as manufacturers stop production11-09-2022, 14:06
Sign in with: