The UN head called for an immediate end to hostilities along the line of contact in the Nagorno-Karabakh conflict zone. 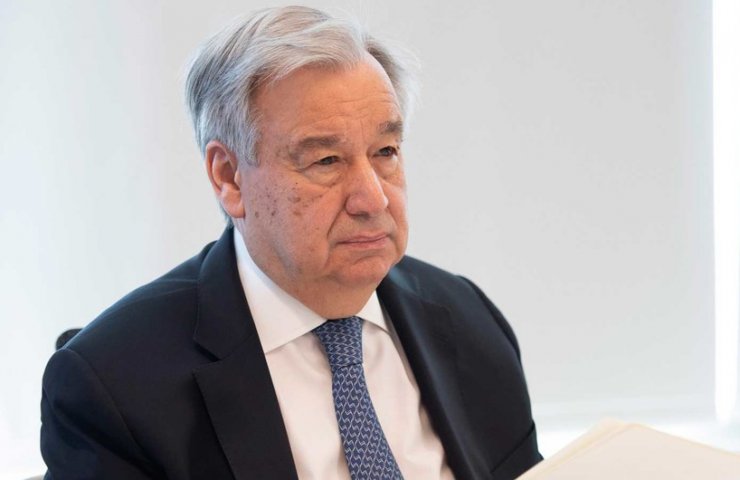 UN Secretary General Antonio Guterres said that he was extremely concerned about the resumption of hostilities along the line of contact in the Nagorno-Karabakh conflict zone. He condemned the use of force and deplored the loss of life and the consequences of these events for the civilian population.

"The UN Secretary General urges the parties to immediately end hostilities, reduce tensions and immediately return to constructive negotiations," the UN spokesman said in a statement on behalf of Guterres.

Antonio Guterres noted the important role of the OSCE Minsk Group Co-Chairs and expressed his support for their work. He urged both sides to work closely with them "in order to urgently resume dialogue without any preconditions."

The OSCE Minsk Group, whose activities are known as the "Minsk Process", is authorized to contribute to the search for a peaceful settlement of the Nagorno-Karabakh conflict. It is co-chaired by France, the Russian Federation and the United States.

Back in July, when shelling began on the Armenian-Azerbaijani border, the Secretary General called on the parties to show maximum restraint in order to avoid a full-scale conflict, which, in his words, would be a disaster.

Just the other day, in their speeches at the General Assembly session, the Azerbaijani and Armenian leaders blamed each other for escalation on the border.

Recommended:
Coal prices in Europe hit a 2020 high
A new leader of the metallurgical industry will appear in the USA
Zaporizhstal intends to sign a Memorandum with the Zaporizhzhya Regional State Administration on reducing the environmental load on the environment
On this topic
UN Secretary General demanded from Japan to stop financing coal power plants
How to celebrate religious holidays in the era of pandemic COVID-19?
UN Secretary-General on the situation in the world: wind of hope has been replaced by wind of
The UN Secretary General in Davos stated that without reductions in greenhouse gas emissions "we
UN Secretary General: humanity has a chance to cope with global warming
UN Secretary-General expressed strong support for the summit "channel four"
Add a comment
Сomments (0)
News Analytics
Innovative matrix headlights on the Audi E-Tron19-10-2020, 22:43
Tensions rise between China and Australia over commodity trade14-10-2020, 18:15
The European Union confirms its intention to introduce a border tax on carbon13-10-2020, 13:20
ArcelorMittal Europe to start producing green steel from 202013-10-2020, 12:44
Kremenchug refinery launched an isomerization unit13-10-2020, 12:43
Dolomite powder market to reach USD 33.44 billion by 202705-10-2020, 12:33
Iron ore prices to surpass six-year high soon16-09-2020, 10:32
World Oil Demand Peak May Be Over - BP15-09-2020, 09:05
China expands car market capacity by increasing demand for steel and metals11-09-2020, 10:56
Prices continue to rise in the long and flat steel markets08-09-2020, 14:25
Sign in with: