The UN is alarmed by the plans of the states to increase the production of coal, oil and gas

Experts call on states to get rid of dependence on oil and gas and seek economic diversification. 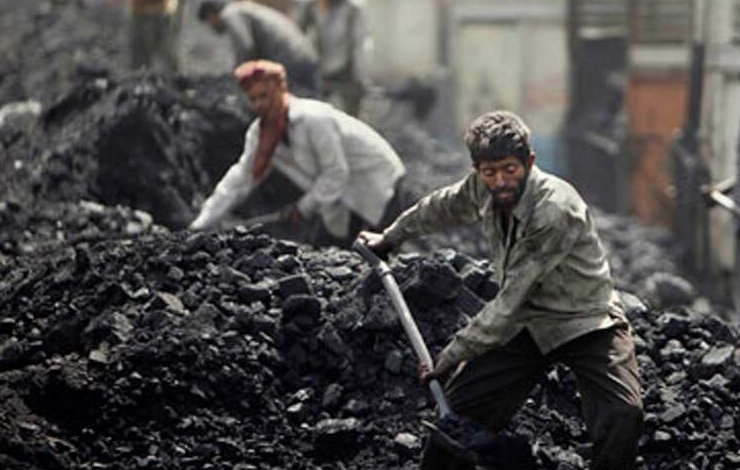 To combat the rapid warming of the planet, the governments of all countries must reduce the production of coal, oil and gas by an average of six percent per year. This is stated in a new report by the United Nations Environment Program (UNEP). Its authors are confident that with the current rates of fossil fuel production and existing plans for the future, states will not be able to fulfill the promises enshrined in the Paris Agreement.

According to a new report, many countries plan to increase their fossil fuel production by an average of about two percent annually over the next decade.

Experts associate such a policy of states with their unprecedented measures aimed at economic recovery after the COVID-19 pandemic.

So, in order to comply with a trajectory that will keep the increase in air temperature by no more than 1.5 ° C, between 2020 and 2030, global production of coal, oil and gas should be annually reduced by, respectively, 11, 4 and 3 percent. Recently, however, the G-20 governments have pledged more than $ 230 billion to support industries responsible for the production and consumption of fossil fuels as part of their response to COVID-19. This amount is significantly higher than the one aimed at the development of clean energy - approximately USD 150 billion. Experts call on states to get rid of dependence on oil and gas and seek economic diversification.

They note that a number of the world's leading countries, including China, Japan and South Korea, have pledged to pursue a green economy and reduce greenhouse gas emissions to zero.

“Devastating wildfires, floods, droughts and other extreme weather events this year serve as a strong reminder of the need to succeed in tackling the climate crisis. To reboot the economy in the wake of the COVID-19 pandemic, it is necessary to invest in low-carbon energy and clean infrastructure that will create new jobs, develop the economy, improve health and improve air quality, ”said UNEP Executive Director Inger Andersen.

The report outlines six areas of action that are leading to a reduction in fossil fuel use as part of a pandemic recovery plan. Among other things, the authors of the report recommend cutting government subsidies for its production, introducing restrictions on production and stimulating the development of renewable energy sources.

The report was prepared by the Stockholm Environment Institute (SIOS), the International Institute for Sustainable Development and UNEP.

Recommended:
South African authorities recognize mineral resource management as a constraint
Downward price trend begins in steel markets
DMZ actively produced coke and pig iron in January, reducing the production of steel and rolled products
On this topic
UN experts believe that the worst-case scenario for the Ukrainian economy can still be avoided
The UN believes that the world did not hear the warnings of the Global Preparedness Monitoring
Coronavirus pandemic has not stopped global warming - UN
September 7 is the International Day of Clean Air - the UN has prepared a report
Lead poisoned among children worldwide - UN
The world meteorological organization announced a new climate reality
Add a comment
Сomments (0)
News Analytics
Украина сохранила позиции в мировом рейтинге производителей по стали и26-02-2021, 15:52
ArcelorMittal has raised prices for galvanizing for the European market to 90026-02-2021, 13:23
The European Commission initiated a new investigation on steel imports to26-02-2021, 13:22
A rally of workers of the stopped shipyard was held in Mariupol26-02-2021, 12:34
State Energy Efficiency together with UNECE and stakeholders discussed the26-02-2021, 11:36
Increase in prices is forecasted in the markets of steel raw materials -26-02-2021, 09:25
Troy ounce of gold will drop $ 500 in two years - Fitch25-02-2021, 18:29
Global iron ore production growth to outstrip cumulative production in India23-02-2021, 10:22
Fitch Ratings Warns of “Shocking Impact” on Fossil Fuel Exporters18-02-2021, 14:44
Raw material prices rise by about 10.5% in January 2021 - Deutsche Industriebank12-02-2021, 10:48
Sign in with: