Why did engines on Boeing planes explode?

Two similar incidents that happened on the same day show the danger lurking under the wings of the plane. A whole family of popular aircraft engines was questioned. 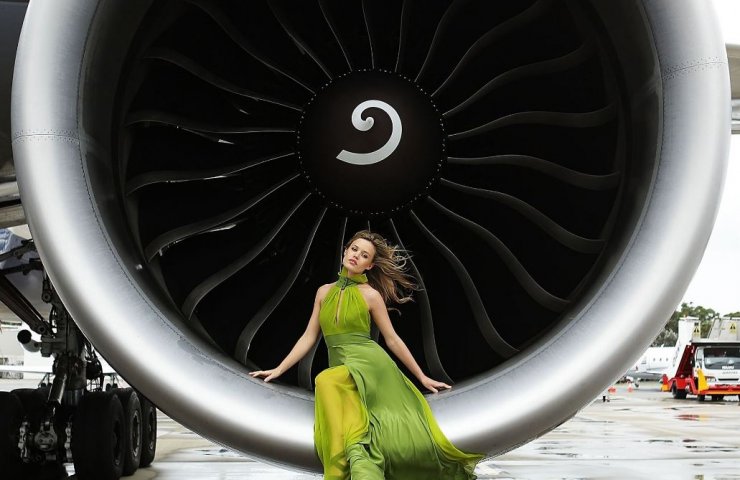 The long blades of modern aircraft engines are made from titanium, one of the strongest metals in the world. They are shaped like a sword to pass as much air as possible into the turbine with maximum efficiency, which then mixes with the fuel, ignites and creates thrust. Some types of titanium paddles are hollow inside to save weight. Depending on the engine type and aircraft class, each engine has up to 38 blades that rotate in the air intakes at more than supersonic speed.

Especially during takeoff, the gigantic high-tech engines of modern wide-body airliners work at their limit to lift an aircraft with a take-off weight of more than 250 tons. Last Saturday, in this most critical phase of the flight, there were two major air accidents, one in Europe and the other in the United States, with dramatic videos and photographs circulating around the world via social media.

The cargo version of the Boeing 747-400 took off in the Dutch Maastricht, heading for New York. As soon as the 30-year-old car was in the air, there was an explosion of the left engine. The turbine blades escaped as a result fell to the ground. An elderly woman and a child were slightly injured.

They were lucky - sharp metal parts like knives pierced several cars parked in Meersen, a suburb of Maastricht. The crew warned the dispatchers of the emergency on board, went to the holding area, where they burned the surplus fuel, and after about an hour safely landed the damaged plane in nearby Belgian Liege. The Dutch Safety Board, which deals in particular with the investigation of plane crashes, is currently investigating the cause and the exact circumstances of the incident.

The PW4056 type power plant installed on the Boeing 747-400 was developed by one of the leaders in aircraft engine building, the American concern Pratt & Whitney, in the mid-1980s. The PW4000 family is one of the basic types of aircraft engines: to date, more than 2,500 power units of this series have been produced. They are used on a wide variety of aircraft models such as the Airbus A330 or Boeing 777, 767 and 747-400.

At the same time, it should be borne in mind that engine builders, not aircraft manufacturers, are responsible for the development of the engine and, above all, for its comprehensive testing - up to permission for use. Therefore, incidents that have occurred are not Boeing's problems, even if such incidents always lead to damage to the image of aircraft manufacturers.

Burned in the air

A United Airlines Boeing 777-200 flying UA328 from Denver to Honolulu, Hawaii, took off on Saturday afternoon. Onboard there were 231 passengers and ten crew members. Shortly after takeoff, the starboard engine of the same PW4077 type from Pratt & Whitney exploded. As a result, the engine casing was almost completely destroyed.

For example, a huge, almost three-meter diameter air intake ring fell into the front garden of a one-story residential building in the suburbs of Denver. In this case, fortunately, no one was hurt. Other metal parts of the engine lining that fell on the football field did not harm anyone either.

The passengers of flight UA328 were presented with a dramatic sight: a roaring turbine without casing, which clearly lacked two blades in front, was spinning in the wind, its rear part was burning, the plane vibrated perceptibly.

The crew sent an international distress call (Mayday). However, the principle of redundancy and a high degree of engine protection used in all aviation systems have fully justified themselves in this case. As well as crew training, often practicing such emergencies on simulators.

Such engine explosions can lead to dangerous scattering of debris, when broken blades and other metal parts like projectiles hit the fuselage and wings and, in the worst case, paralyze the vital functions of the aircraft. This was the case in November 2010 with Qantas flight QF32, when an engine explosion damaged the Airbus A380 so badly that the crew only managed to make a successful emergency landing with great difficulty.

In centimeters from the big trouble

During the accident with flight UA328, it initially appeared that a part of the engine's protective casing, made of high-strength Kevlar, was preserved and prevented the dispersal of dangerous debris. The aircraft remained fully maneuverable and was able to urgently land in Denver 23 minutes after takeoff: no one was injured either on board or on the ground.

However, when inspecting the fuselage, it turned out that the passengers were probably much more fortunate than initially anticipated: a wreckage of the engine punched a large hole in the wing base - just a few centimeters from the filled main tanks with fuel. Meanwhile, the National Security Council

Recommended:
European auto industry ready to move to electric vehicles much earlier than 2030 - ACEA
Group DF mining companies significantly reduce ilmenite production
Minister of Infrastructure of Ukraine invites Azerbaijan to invest in transport projects
On this topic
Yuzhmash told whether it is possible to launch reusable rockets from the Black Sea
5 of the 10 most expensive aircraft belongs to the Russian metallurgists
Passengers Boeing 787 can suffocate in flight, and the 737-th model can fall off the wing
Airbus: 50 years of aviation history
Top 10 digital trends in the global steel industry
Steel Musel is crucial in the production of champagne
Add a comment
Сomments (0)
News Analytics
The capacity of the domestic steel market in Ukraine in January-March decreased19-04-2021, 10:33
In Russia, there is an exuberant demand for agricultural machinery19-04-2021, 10:24
Iran is satisfied with the reaction of the world community to 60% enrichment of18-04-2021, 13:24
Gas prices in Ukraine have reached a record value over the past two years -16-04-2021, 17:24
Ukrmetallurgprom asks the Antimonopoly Committee to allow Metinvest to bid for16-04-2021, 17:23
World Steel Association predicts a good year for metallurgists15-04-2021, 18:19
World Steel Association defines green steel and its variations12-04-2021, 13:14
China unlikely to cut steel capacity in 2021 due to high steel prices07-04-2021, 12:11
Scrap metal market at the beginning of April02-04-2021, 11:10
Rising Chinese Prices Fueled Rising Global Steel Prices - MEPS25-03-2021, 18:54
Sign in with: