After the introduction of Western sanctions against Belarus, its steel exports to Russia grew by 20%

The insidious pandemic and sanctions did not unsettle the Belarusian economy, the Russians came to the rescue. High quality of Belarusian metal products, profitable logistics, long-term business ties contribute to maintaining and developing cooperation between the countries. 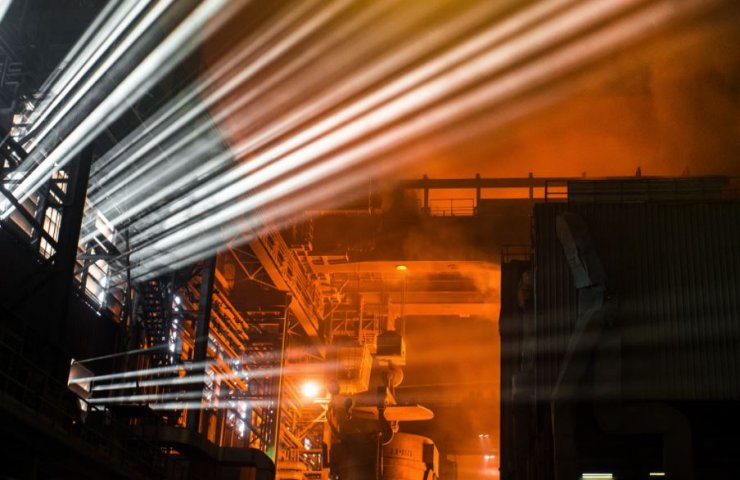 Over the six months that the Western sanctions against the Lukashenka regime have been in effect, supplies of Belarusian rolled metal products to Russians have increased by about 20 percent, and Russia's share in total exports of Belarusian metallurgical products has increased from 18 to 23 percent.

“In Russia we have an extensive distribution network, it serves hundreds of consumers of our products. Nobody wants to give it up for the sake of the far-fetched political demands of some countries towards Belarus, ”explains Anatoly Volkov, First Deputy General Director of the Belarusian Metallurgical Plant.

Deliveries of Belarusian seamless steel pipes to Russia are growing especially dynamically. These innovative products turned out to be in demand in Russia against the background of the revival of the oil industry, during the development of new fields. For example, during the recent VIII Forum of the Regions of Belarus and Russia, BMZ signed contracts with three leading Russian firms for a total of $ 18 million. By the end of the year, they will have shipped 12 thousand tons of seamless pipes and reinforcing bars. In the first four months of the year, 125 thousand tons of metal products have already been sold to Russia.

Belarus does not fall under the restrictions imposed by Russia in the form of export duties, and this is seen as one of the measures to support the Belarusian economy in the current difficult conditions. At the same time, purchases of Belarusian seamless pipes and other high-tech metal products were increased in the EU countries. Among the leading buyers of metal products from Belarus and the USA.

Финансовая аналитика, прогнозы цен на сталь, железную руду, уголь и другие сырьевые товары. More news and analytics on Metallurgprom telegram channel - subscribe to get up-to-date market information and price forecasts faster than others.
Сomments
Add a comment
Сomments (0)
On this topic
EU extends economic sanctions against Russia for six months
US imposed export restrictions against Ukraine, Russia, Venezuela and China
Two Russian citizens can be jailed in the US for 20 years for trying to buy turbine, the Vectra 40G
European banks have allocated record funding for the construction of the Amur gas processing plant
Full-scale construction of the southern section of the eastern route of the China-Russia gas
Russian military exports not affected by the sanctions - Rostec CEO
Recommended:
Steel market in Europe expects big production cuts due to weak demand
The destruction of the dam of the Kyiv hydroelectric complex will not be a disaster - Ukrhydroenergo
Ukrainian coking plants reduced gross coke production by 55.2%
News Analytics
Tata Steel merger plan to secure long-term profits03-10-2022, 10:46
US hydrogen prices to drop to zero dollars per kg in 5 to 6 years: Platts02-10-2022, 21:53
The production of passenger cars in Russia decreased by 2.8 times in eight29-09-2022, 11:19
Donetsk and Torez electrotechnical plants will start producing electrical29-09-2022, 11:37
Ukrainian coking plants reduced gross coke production by 55.2%29-09-2022, 11:28
China production cuts in winter will give limited boost to steel markets -15-09-2022, 10:09
Steel prices may rise as manufacturers stop production11-09-2022, 14:06
IREPAS: The global long products market is in a "dramatic situation"10-09-2022, 20:49
Steel prices are unlikely to rise significantly in the near future - analysts02-09-2022, 22:58
Steel prices may move up on new data from China31-08-2022, 12:19
Sign in with: