Nord Stream 2 has a distribution network with compressors and lines capable of transporting gas directly to southern Germany. 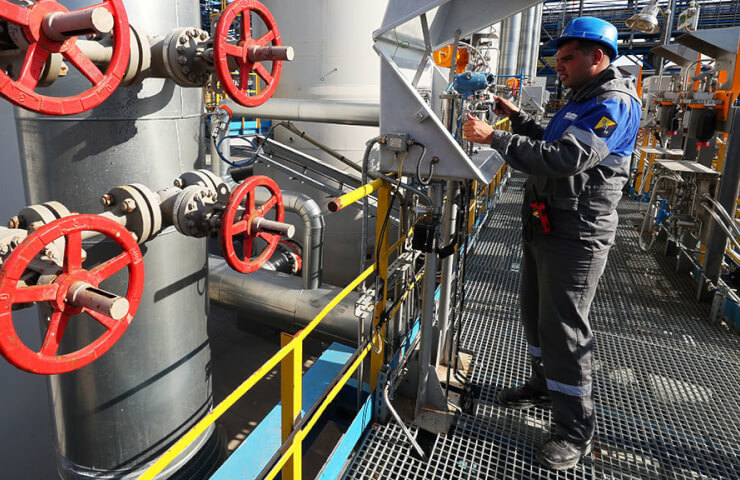 The German Ministry of Economy allows the expropriation of a part of the Nord Stream 2 gas pipeline located on its territory for connection with a liquefied gas terminal on the coast of the Baltic Sea. This was reported on Friday in Spiegel.

According to the German magazine, in this case, the German part of Nord Stream 2 will be cut off from the rest of the gas pipeline that has not been launched.

Against the backdrop of a reduction in gas supplies from the Russian Federation, Germany has declared an alarm mode. The next step could be the introduction of an emergency situation, during which quotas for the supply of gas to consumers will be introduced.

Therefore, in order to ensure a reliable gas supply throughout the country, Berlin purchases liquefied gas from other possible sources. However, there is a problem with its delivery to the network. Meanwhile, Nord Stream 2 has a distribution network with compressors and lines capable of transporting gas directly to southern Germany. It is this and the eastern parts of the country that are most dependent on Russian gas.

At the same time, the Germans fear Russia's reaction to such a decision, writes Spiegel. The Russian Federation has already stated that the implementation of specific steps by Berlin will be the reason for a legal assessment.

There are also concerns about the environmental implications of such a decision. In addition, the question of ownership of the gas pipeline remains unclear, the publication notes.

Финансовая аналитика, прогнозы цен на сталь, железную руду, уголь и другие сырьевые товары. More news and analytics on Metallurgprom telegram channel - subscribe to get up-to-date market information and price forecasts faster than others.
Сomments
Add a comment
Сomments (0)
On this topic
The last pipe of Nord Stream 2 was welded in the Baltic Sea - gas pipeline operator
The European Commission opposed the us sanctions against European companies
Akademik Chersky arrives at the Nord Stream 2 pipe-laying site
Ukraine has completely exhausted quotas for the supply of steel to the EU, except for three types
The European Union finally made changes to the Gas Directive of the Third Energy Package
Russia plans to begin deliveries of gas on "to Northern stream-2" before the New year
Recommended:
June car sales in China up 24%
Taiwan is preparing to repel the invasion of Russian steel in Asia
China's shipbuilding industry continues to lead the global market
News Analytics
China reduced steel exports in July by one million tons or 12%08-08-2022, 17:41
World steel prices have moved from a protracted fall to growth08-08-2022, 16:27
Ferrexpo's net profit in the first half of the year decreased by 88%03-08-2022, 10:20
Ukrainian gas transportation system allowed to pump biomethane03-08-2022, 10:18
The strategy for the development of Russian metallurgy will be "quickly02-08-2022, 14:02
The US market may begin a collapse in prices for thick sheet14-07-2022, 09:39
High iron ore shortage could halt metallurgy's green transition28-06-2022, 14:02
Price volatility hits global steel market27-06-2022, 19:28
Recovery in China could be key to rising global steel prices - MEPS24-06-2022, 14:00
Conflict in Ukraine spurs Europe's drive for clean energy03-06-2022, 12:14
Sign in with: