China hardest hit by Indonesia's decision not to export nickel 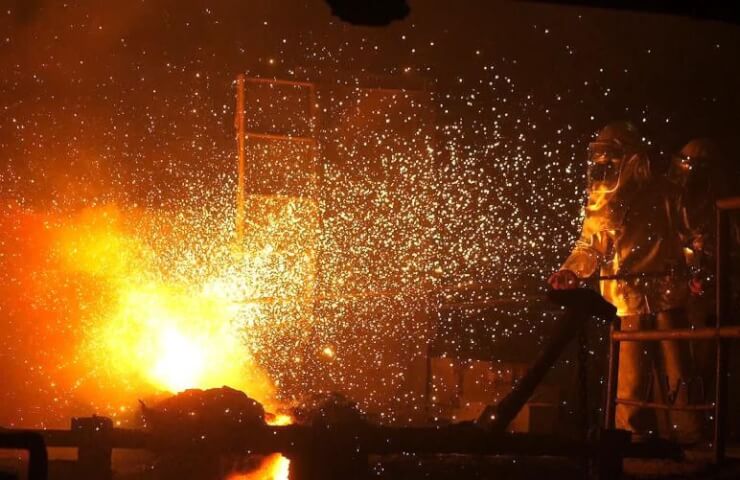 Indonesia's commitment to being more than just a raw material supplier will increase pressure on China's steel and electric vehicle industries, which are already struggling with rising price volatility.

Indonesia said on Wednesday that it is considering a progressive tax on exports of nickel pig iron and ferronickel, which could be introduced as early as this year. Concerns about declining supplies from the world's largest nickel supplier have sent the London Metal Exchange index up to its highest level in more than a decade. This is fraught with increased costs for Chinese stainless steel mills – leading consumers – as well as joining a plethora of commodities that are becoming more of a headache for battery makers as prices rise.

Indonesia plays a key role in global markets as a supplier of bulk materials, but President Joko Widodo has vowed to eventually end the export of all commodities in order to turn the country into a major manufacturing hub for electric vehicles. In September, the government signaled that nickel restrictions were looming and said it would halt shipments of bauxite and copper ore, with the ultimate goal of producing all electric vehicle components, including lithium batteries, on land.

The main problem for Chinese industry is dependence on Indonesia for ferronickel, a semi-refined product used to make stainless steel. The country receives about 84% of its imports from Indonesia, with the rest coming from Japan, Colombia, Myanmar and New Caledonia.

While specifics such as timing and tax rates remain uncertain, Chinese factories will have to accept the "reality" of higher costs due to the industry's dependence on Indonesia, said Celia Wang, an analyst at research firm Mysteel Global. Higher nickel prices are also hurting battery manufacturers, who are already "very unhappy" with high raw material costs, she says.

Battery metals are experiencing an unprecedented boom amid global efforts to mitigate climate change, with lithium rising to record levels and cobalt doubling over the past year. This could drive up the cost of batteries, hurting automakers and could discourage consumers from buying electric vehicles.

According to Lynn Zhang, an analyst at Shanghai Metals Market, Indonesia's focus on the domestic market could stimulate more foreign investment in the downstream sector. In September, the government said the EV battery plant, jointly owned by Hyundai Motor Group and LG Energy Solution, would begin production in May.

Nickel has become a key focus for Tesla Inc., and billionaire boss Elon Musk has previously expressed concerns about future supply due to sustainable supply issues and because demand will skyrocket as the world moves more towards electric vehicles. The metal was hyped last year by a revolutionary technology developed by Tsingshan Holding Group Co., the world's largest stainless steel maker, that uses existing Indonesian smelters to supply large volumes of product that can be processed into battery material.