The company said it is adjusting its upstream capacity in line with sales to European and offshore markets that are viable under the circumstances. 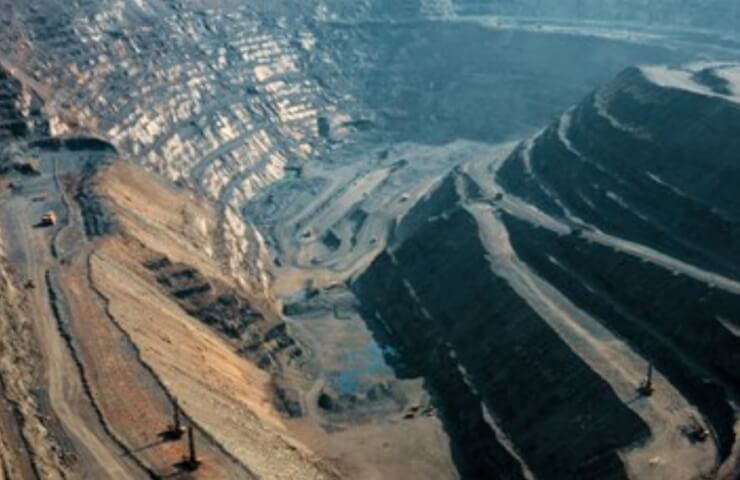 Ukrainian mining company Ferrexpo said on June 13 that it was shutting down production due to overcrowded iron ore warehouses, as well as restrictions on barge operations caused by Russian missile strikes in southwestern Ukraine. p>

Ferrexpo said it plans to operate between one and three of its four pelletizing lines until an alternative export route is found, damaged infrastructure reopens and/or Black Sea ports resume operations.

The company said its pellet inventories increased by 400,000 tons from early March to late May, equivalent to two weeks of production, but this figure should decrease as logistical restrictions ease over time. In 2021, Ferrexpo delivered about 800,000 tons of iron ore by barge to European customers.

The company said it is adjusting operations in line with sales to European and offshore markets, which are viable under the circumstances.

The company confirmed that it continues to redirect all of its iron ore pellet sales to European markets via Ukraine's railway network as the country's Black Sea ports remain closed, and said it was in talks with other port operators in Central Europe regarding maritime exports.

“We are reducing our short-term production schedule for the summer months and will look to ramp up production once we have more clarity on logistics going forward,” Ferrexpo CEO Jim North said, adding that the company will prioritize efforts to gradually restore access to maritime transport.

Ferrexpo produced 4.4 million tonnes of iron ore pellets in January-May, down 8% year-over-year, indicating a relatively small decline in output due to Ferrexpo's collective flexibility and due diligence efforts.

Финансовая аналитика, прогнозы цен на сталь, железную руду, уголь и другие сырьевые товары. More news and analytics on Metallurgprom telegram channel - subscribe to get up-to-date market information and price forecasts faster than others.
Сomments
Add a comment
Сomments (0)
On this topic
Yuzhmash told whether it is possible to launch reusable rockets from the Black Sea
Ukrainian iron ore producer Ferrexpo has declared force majeure on sea deliveries
Ferrexpo increases production of iron ore pellets in 2020 by 7%
Ferrexpo increased total pellet production by 7.4%
District court of Kyiv imposed a new restriction for 50.3% of Ferrexpo Poltava Mining
Ferrexpo continues to ship iron ore from Ukraine to the EU by rail
Recommended:
According to the results of 2022, the Russian car market expects a decrease in sales at the level of 28%
Canadian scientists have proposed to "collect" CO2 from the atmosphere using railways. wagons
Brazil has increased steel exports to Europe by eight times against the backdrop of the war in Ukraine
News Analytics
China reduced steel exports in July by one million tons or 12%08-08-2022, 17:41
World steel prices have moved from a protracted fall to growth08-08-2022, 16:27
Ferrexpo's net profit in the first half of the year decreased by 88%03-08-2022, 10:20
Ukrainian gas transportation system allowed to pump biomethane03-08-2022, 10:18
The strategy for the development of Russian metallurgy will be "quickly02-08-2022, 14:02
The US market may begin a collapse in prices for thick sheet14-07-2022, 09:39
High iron ore shortage could halt metallurgy's green transition28-06-2022, 14:02
Price volatility hits global steel market27-06-2022, 19:28
Recovery in China could be key to rising global steel prices - MEPS24-06-2022, 14:00
Conflict in Ukraine spurs Europe's drive for clean energy03-06-2022, 12:14
Sign in with: