To the end of this decade Japan will be eliminated 110 coal-fired power plants under programs to reduce emissions of greenhouse gases. 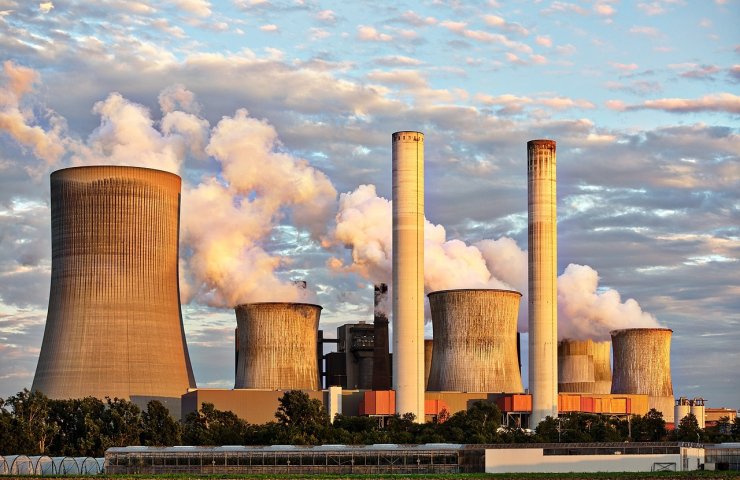 Japan by 2030, intends to close 110 of its 140 coal-fired power plants that will hit the traditional suppliers of energy coal in the country. As stated on Friday, the Minister of Japan Hiroshi Kajiyama, in July, the government will begin work on the elaboration of specific measures that will move away from coal generation programme to reduce carbon emissions and transition to renewable energy sources (RES). According to Mr. Kazemi, among the measures to enhance the role of renewable energy — changes in legislation regulating access to the grid.

In case of successful execution of a program to reduce carbon dioxide emissions by 26% by 2030 compared to 2013, consumption of coal by Japan will be reduced by 11 million tons to 114 million tons.

coal Mining recent years is under pressure amid closing coal-fired power plants in Europe and reducing consumption in this area. However, the situation should not be dramatized, because the reorientation of the energy sector to renewables will require substantial investment that can be restricted under the current economic crisis and its consequences. Coal will remain relatively cheap, although "dirty" energy source and will be in demand in the emerging economies and in the economic downturn, says the head of practice on work with the enterprises of metallurgical and mining industry, KPMG in Russia and the CIS Olga Plevako.

Recommended:
Germany's second largest steel company announces force majeure on supplies due to snowfall
Anti-union repression intensifies in Belarus - Trade union of metallurgists and miners of Ukraine
Tesla will launch production of electric vehicles in India
On this topic
How the reform of the electricity market in Ukraine can lead to a collapse and what to do about it
Stopped nuclear power plants and mines. What's going on in the energy sector of Ukraine?
Ukraine in the first quarter increased export of semi-finished products from carbon steel by 12.3%
Ukraine has reduced exports of pig iron in real terms by 3.3%
Ukraine has to decide on the cancellation of coal generation – the Minister of Oriel
International Forum on Metallurgical Capacities Fails
Add a comment
Сomments (0)
News Analytics
US Senate Adopts $ 1.9 Trillion Stimulus Package06-03-2021, 23:54
Tibet invests about $ 30 billion in infrastructure projects in 5 years06-03-2021, 14:39
Siemens Energy promised Deutsche Welle to closely monitor democracy in Belarus06-03-2021, 10:32
US and EU suspend the collection of duties that were imposed against each other05-03-2021, 22:48
Turboatom and Electrotyazhmash discussed prospects for cooperation under05-03-2021, 19:04
Spread between raw materials and high strength alloy steel in Europe increased01-03-2021, 20:21
Increase in prices is forecasted in the markets of steel raw materials -26-02-2021, 09:25
Troy ounce of gold will drop $ 500 in two years - Fitch25-02-2021, 18:29
Global iron ore production growth to outstrip cumulative production in India23-02-2021, 10:22
Fitch Ratings Warns of “Shocking Impact” on Fossil Fuel Exporters18-02-2021, 14:44
Sign in with: