The Department of Energy has proposed to divide state mines into three categories with the following paths for further development. 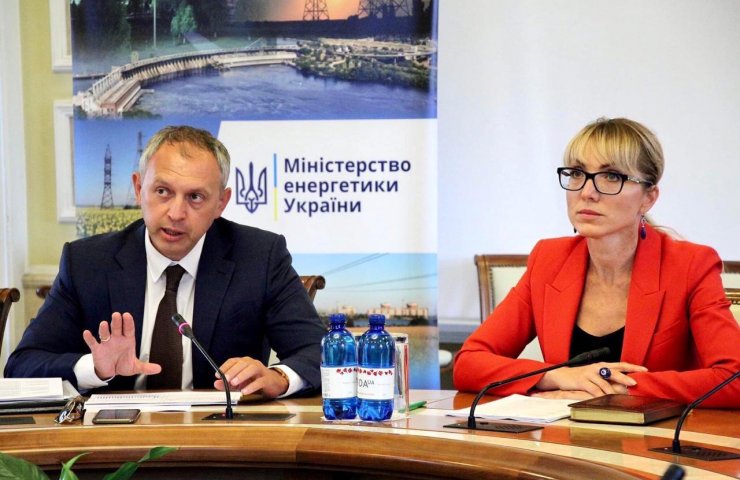 The Ministry of Energy presented the conceptual framework for reforming the coal industry.

Soon they will be submitted to the Expert Council under the Ministry, and after final approval, they will be presented at a meeting of the Coordination Center for the Transformation of Ukrainian Coal Regions.

“We propose for consideration a combined version of the reform, which includes the division of state mines into three categories. Accordingly, we propose three ways of development for them ", - stressed the Deputy Minister of Energy Maxim Nemchinov.

Some of the mines will become a resource base for PJSC "Centerenergo", with the possible subsequent creation of a vertically integrated company.

The second category is “dual-use” mines, that is, producing power and coking coal.

The third category of mines will get a chance for a "second" life. They will be offered for privatization as integral property complexes for which it is possible to reformat economic activities.

It is also planned to implement pilot projects for the transformation of coal regions in two "monocities". The prospects of these projects were discussed during the meetings of the acting Energy Minister Olga Buslavets with representatives of the government and business circles of Germany.

She noted that when transforming coal regions, it is very important to take into account human resources and provide social protection to mine workers.

“We must take care of decent social guarantees for people, without this transformation of coal regions is impossible,” Buslavets said.

Recommended:
Ford has decided to cut 1,400 full-time employees in the United States
Interpipe NTRP has repaired ring furnaces in tube shops
European metallurgists raise prices for flat steel products
On this topic
Mine "Nadezhda" does not ship previously paid coal - statement of "Centrenergo"
Olga Buslovich announced a pilot project of transformation of the mines in two towns
DTEK Energo shipped 50 cars of coal from the mines of Dobropolyeugol on thermal power plant
Mine DTEK Dobropolyeugol out of idle due to the contract for the supply of coal with Centrenergo
Ministry of energy of Ukraine announced the resumption of the work of state-owned mines
Relentless degradation of the coal industry. Close Ukrainian mines?
Add a comment
Сomments (0)
News Analytics
KZhRK miners' strike threatens with loss of sales markets without prospects of16-09-2020, 21:51
Privatization of the alcohol industry has started in Ukraine16-09-2020, 14:56
The head of KZHRK ordered preparations for the conservation of all four mines16-09-2020, 13:40
Toyota and Dentsu team up to improve marketing strategy16-09-2020, 10:16
Iron ore prices to surpass six-year high soon16-09-2020, 10:32
Iron ore prices to surpass six-year high soon16-09-2020, 10:32
World Oil Demand Peak May Be Over - BP15-09-2020, 09:05
China expands car market capacity by increasing demand for steel and metals11-09-2020, 10:56
Prices continue to rise in the long and flat steel markets08-09-2020, 14:25
Difference between ferrous and non-ferrous metal28-08-2020, 13:45
Sign in with: